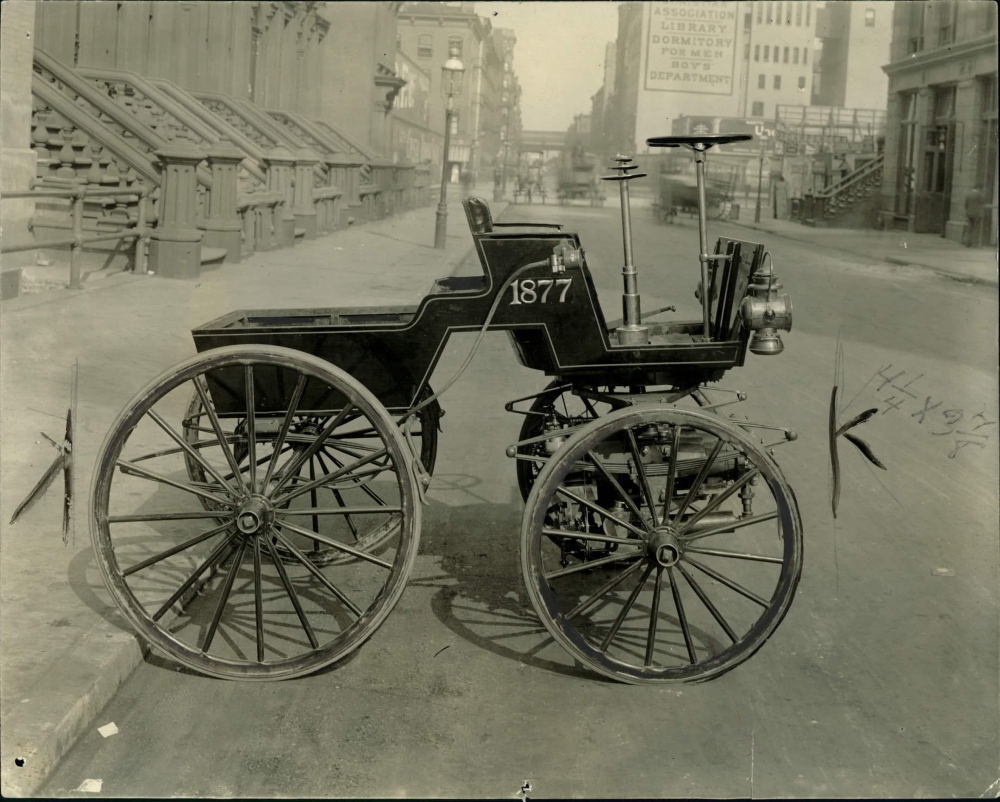 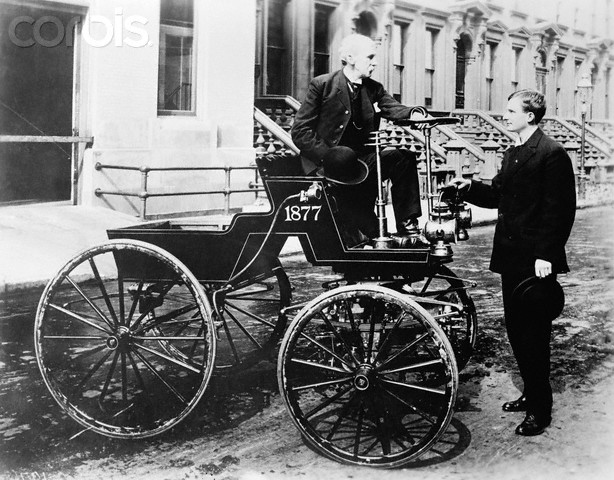 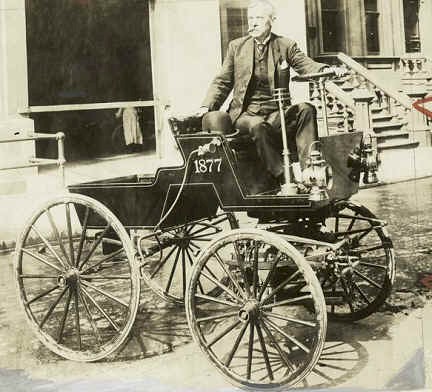 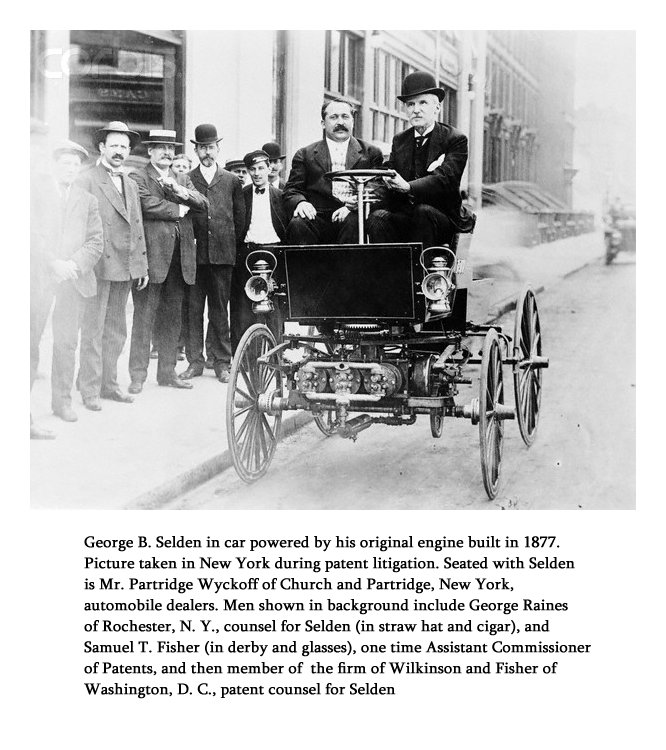 These two photos (above and immediatly below) appear to have been taken moments
apart; note the slightly different positions of the gawkers, and the absence
of the other automobile behind on the right.  The third and fourth photos
(which follow) must also be from the same set-up.  The young boy
with his arms folded seems to have known where to stand
for the best inclusion in those two shots . . . 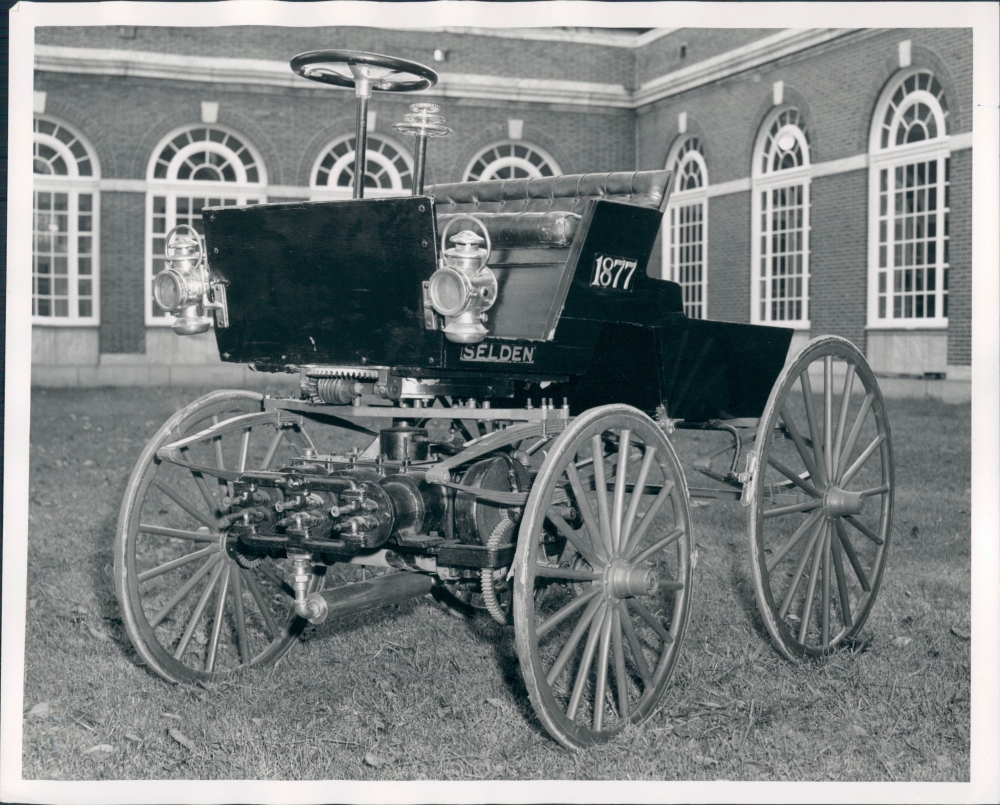 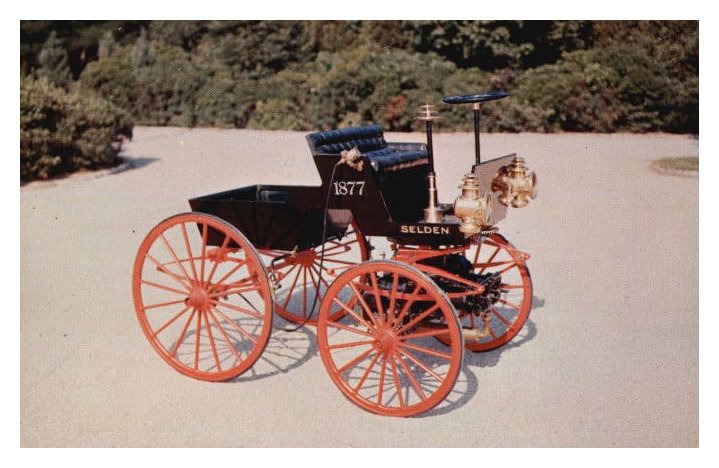 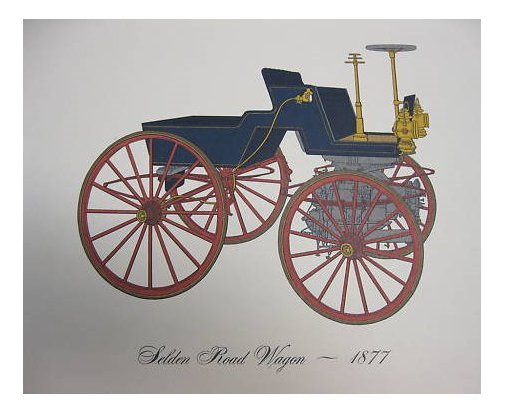 The image of Selden's Motor Wagon has been put on
plates, ashtrays, pitchers, and other items.
To see some examples, click HERE.
Also on that page is a reproduction of the full
Selden Patent, including photos of the model
which was sent to the US Patent Office. 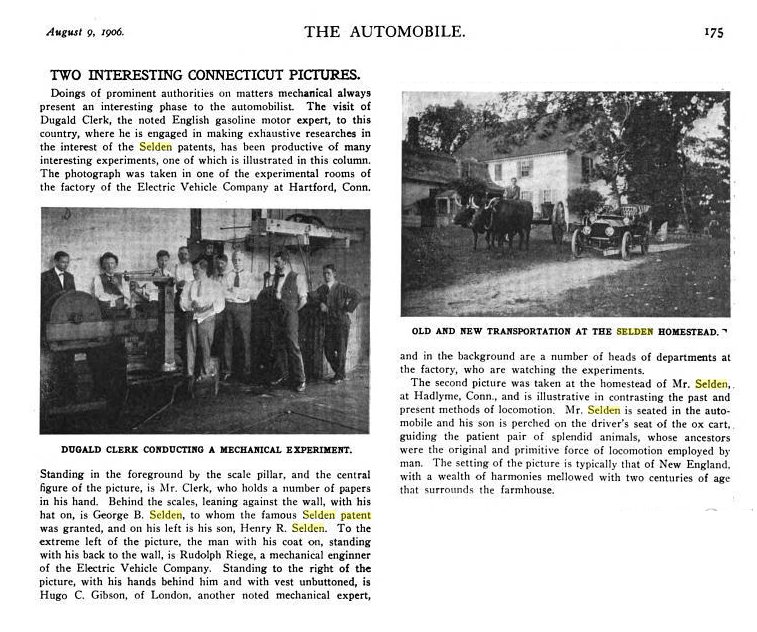 Selden is in very good company on this advertising blotter
issued by Lyle's Quality Pharmacy in Kaimuki, which is
a residential section of Honolulu near Diamond Head. 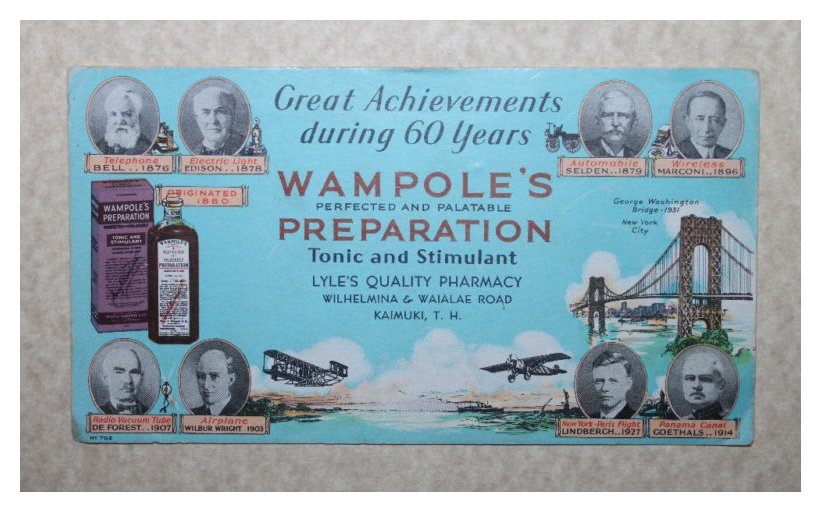 In 1877, a lawyer named George Baldwin Selden (1846-1923) of Rochester, NY designed a "road engine" that would be powered by an internal combustion gasoline engine. A patent (number 549,160) for the engine was applied for in 1879. Due to legal technicalities, the actual issuing of this patent was delayed until 1895. History claims Selden kept that patent pending until more internal combustion engines were on the road. During this delay, a number of automobiles companies were already using the engine design.

The Selden patent specifically covered the use of an internal-combustion engine for the sole purpose of propelling a vehicle. The patent eventually wound up in the hands of the Electric Vehicle Company of Hartford, Connecticut. In 1900 this electric car company had started producing gasoline-powered cars with Selden's engine patent. They agreed to pay Selden $10,000 for the rights of the patent and a royalty for every car based on his design. 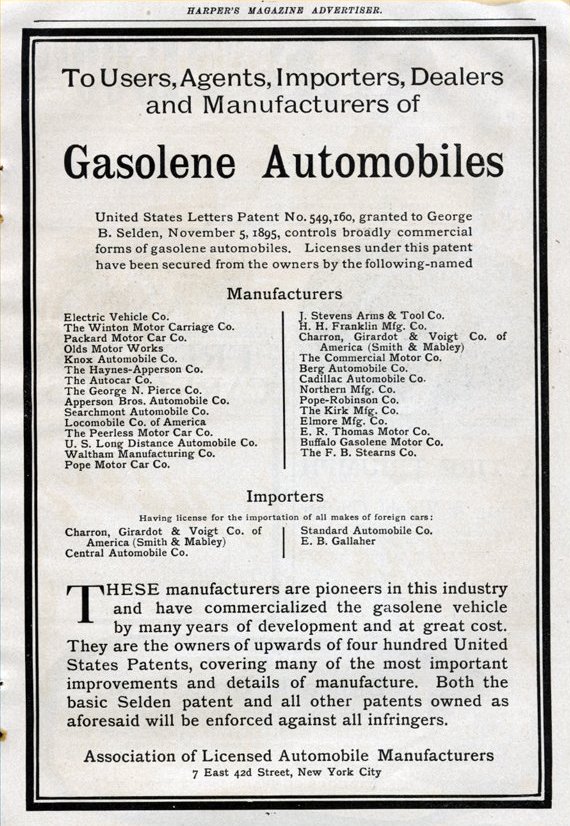 Henry Ford initially applied for membership, but ALAM rejected his application. The Electric Vehicle Company attempted to control all gasoline car manufacturers and did so for a few years while the case went through court. Due to the delay in issuing the patent, the original rights did not expire until 1912.

Several leading automobile companies took licenses under the patent, but others, led by Henry Ford, refused to do so. If you own a car made in the early 1900s, you may find a small brass plaque somewhere near the engine that reads "Manufactured Under Selden Patent." 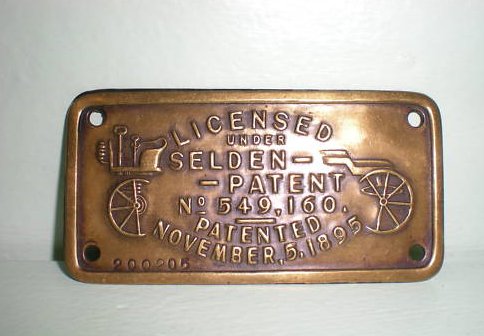 You will not find this plaque on any Fords. The case against Ford and other auto manufacturers dragged through court from 1903 to 1911. Few people had heard of Henry Ford, but the exposure the nine-year trial gave him helped sell his Model T. A final decision ruled that Selden's patent was not being infringed upon because it was valid only for an automobile driven by a Brayton-type engine of the specific type described in the patent.

Selden had yet to build a car aside from his 1877 prototype model. While going through the courts, he did manage to produce two vehicles. The first car was put together by Selden in Rochester, NY. A second car was assembled in Hartford by the Electric Vehicle Company. These two cars currently exist. The Rochester vehicle (all photos except the two immediately below) can be seen at the Henry Ford Museum and the Hartford car is on display at the Connecticut State Library (front and side views below). 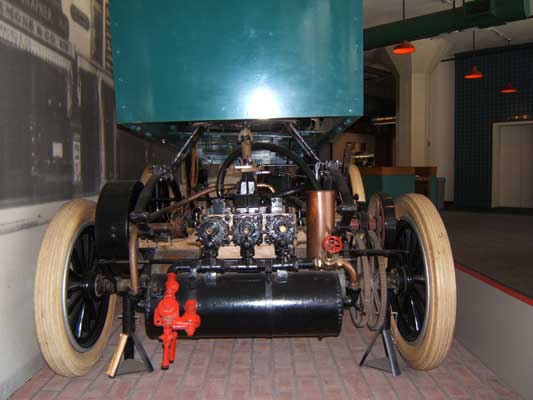 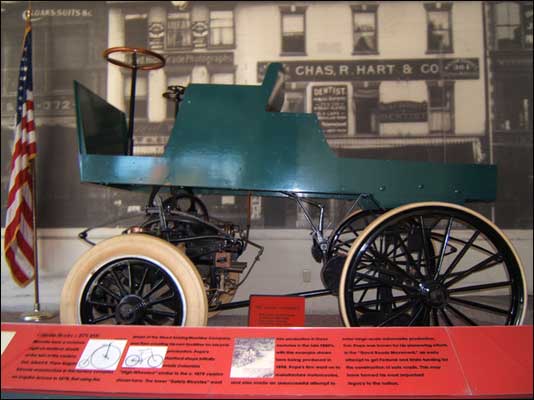 The Selden Motor Vehicle Company was officially formed in 1906 after taking over the Buffalo Gasoline Motor Company. 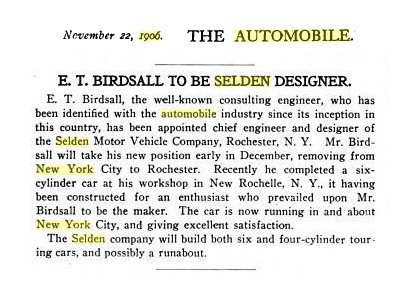 "Made By The Father Of Them All" was the company's advertising slogan. The first Selden vehicle was seen on the road in June of 1907. This four-cylinder car sold for between $2,000 and $2,500. 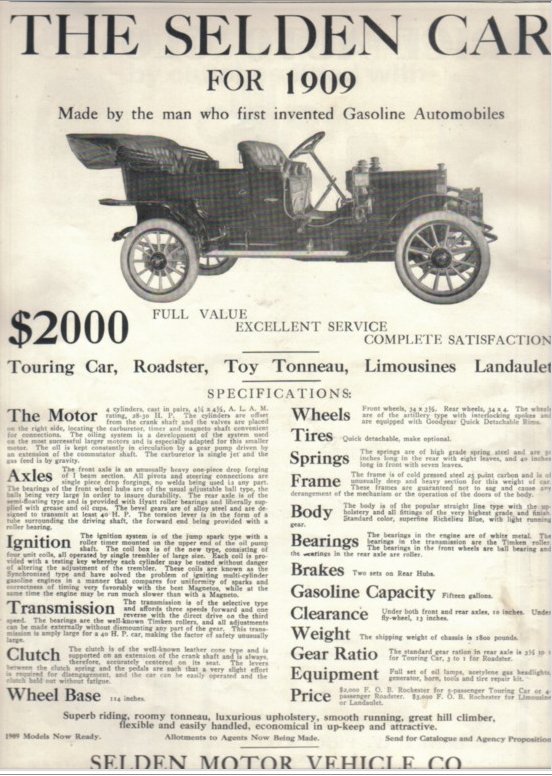 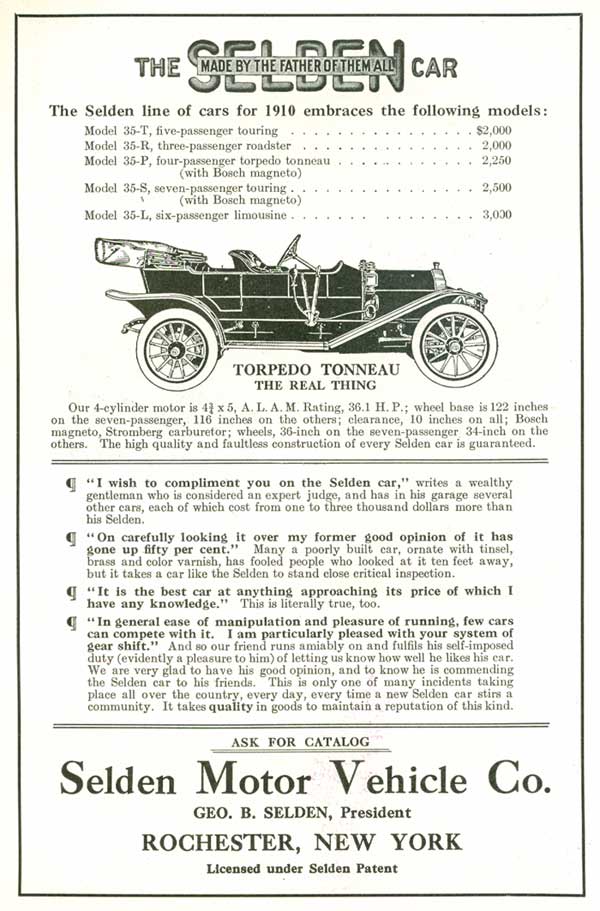 In 1911, Selden received the news that his patent was declared unenforceable. His factory also had a major fire that summer. In the fall of 1911 the company was reorganized with Frederick Law, who had designed the Columbia gas car for the Electric Vehicle Company, on board as the new Selden designer.

Following this, the company produced trucks with considerable success until 1930, when it was sold to the Bethlehem Truck Company. 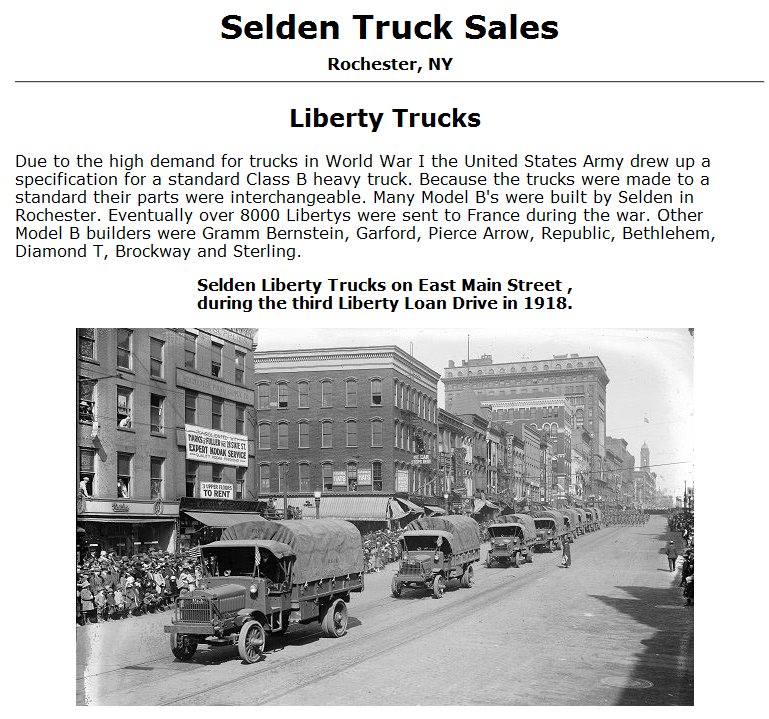 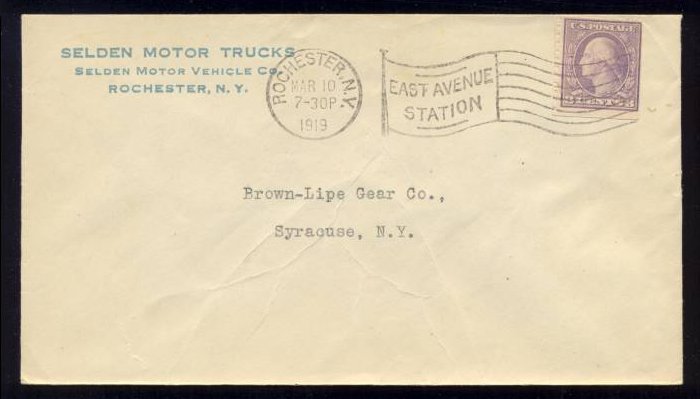 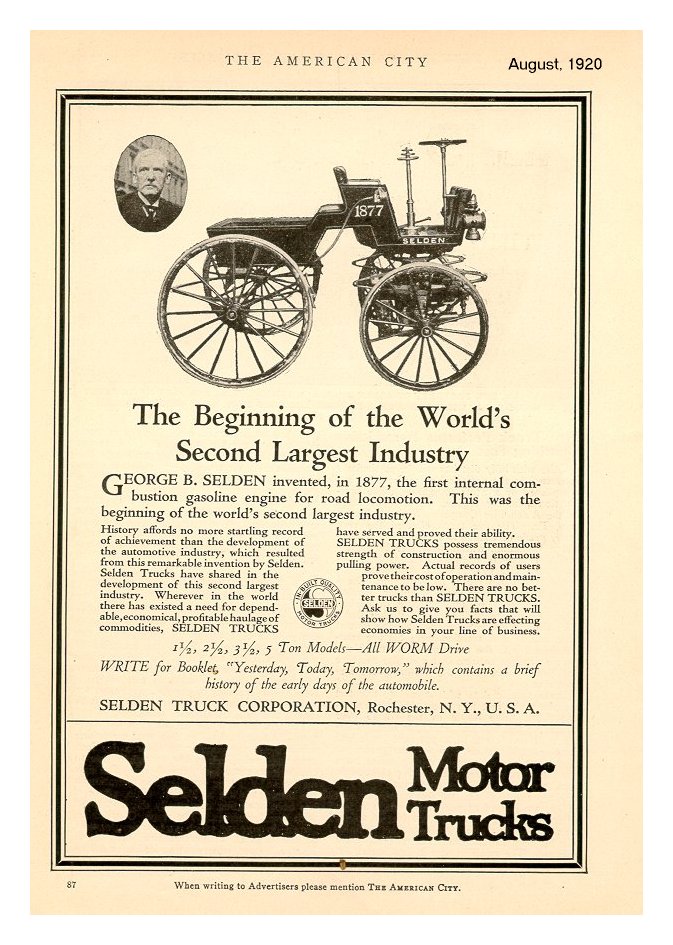 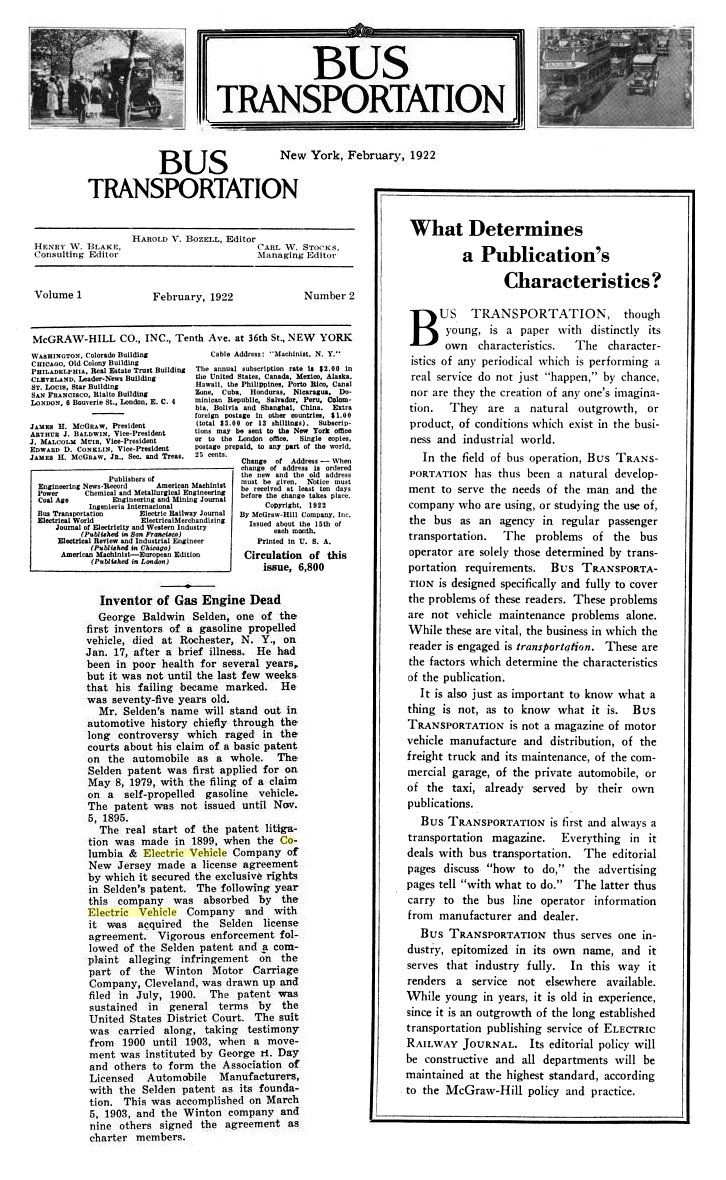 If you arrived at this page from the 1904 Columbia Catalogue,
click here to return to that page.


If you arrived here from some other website,
(such as a link in Google or Wikipedia),
click here to go to the beginning of this
presentation about the Columbia Cars
built in Hartford from the mid-1890s until 1913.