The Columbia hybrid model which was
truly a century ahead of its time! 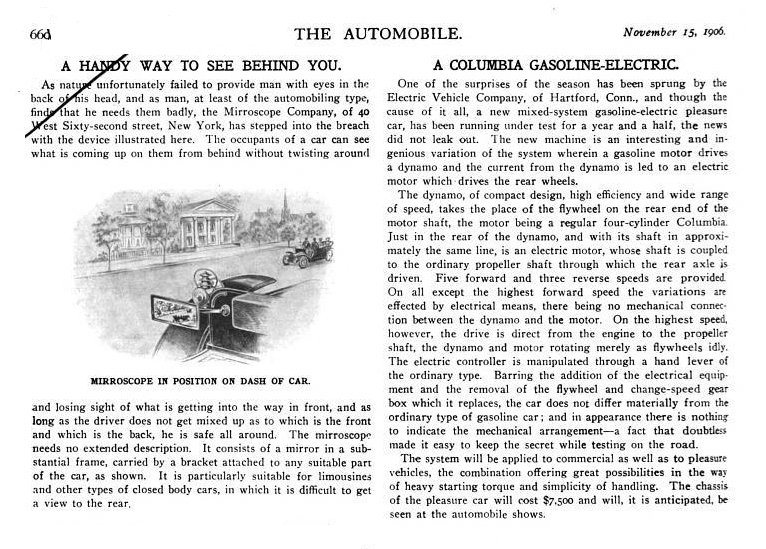 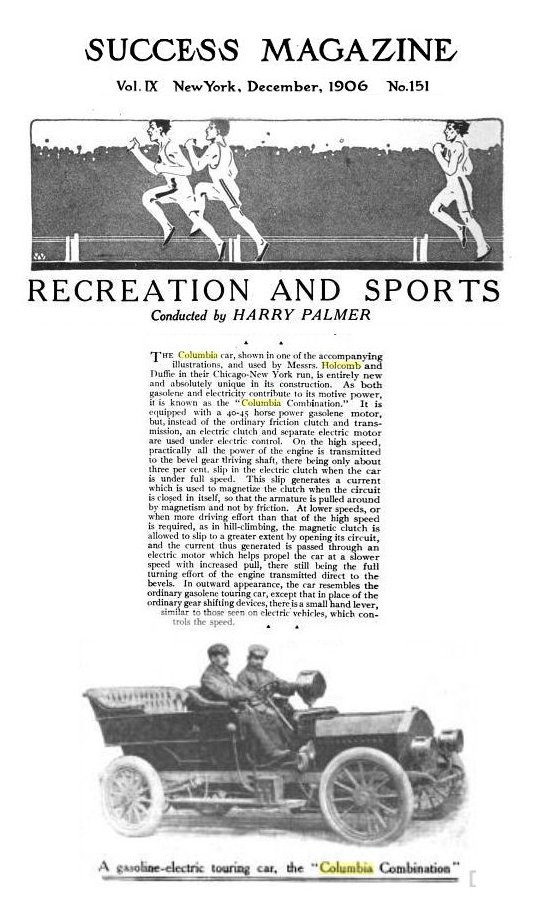 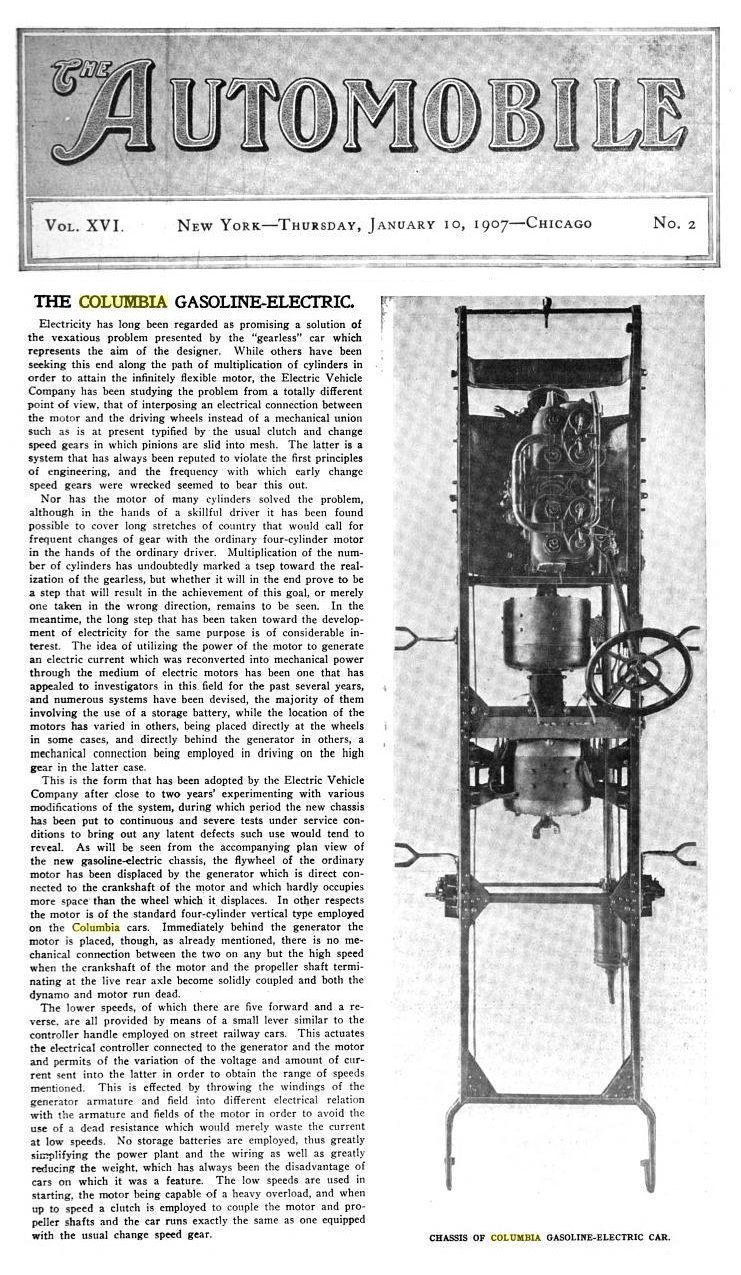 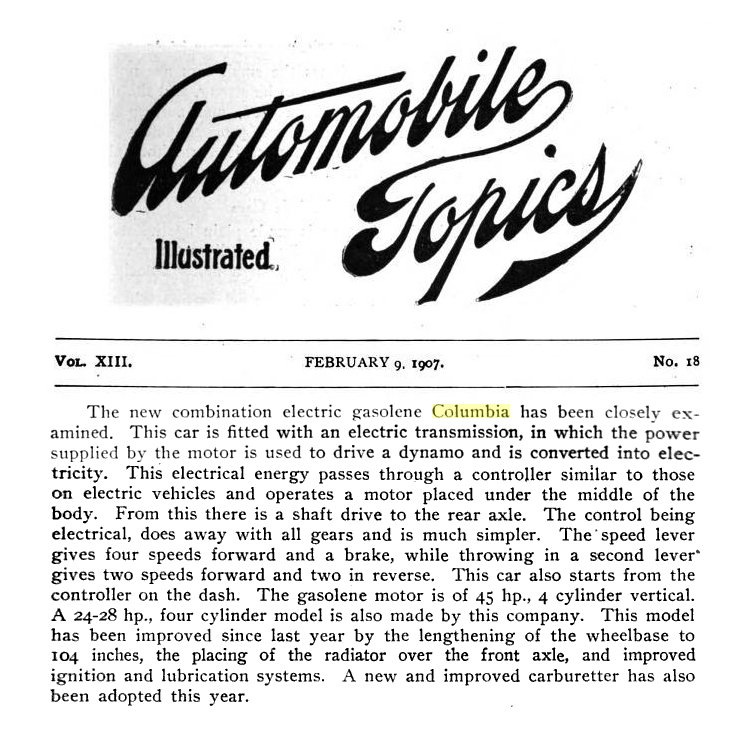 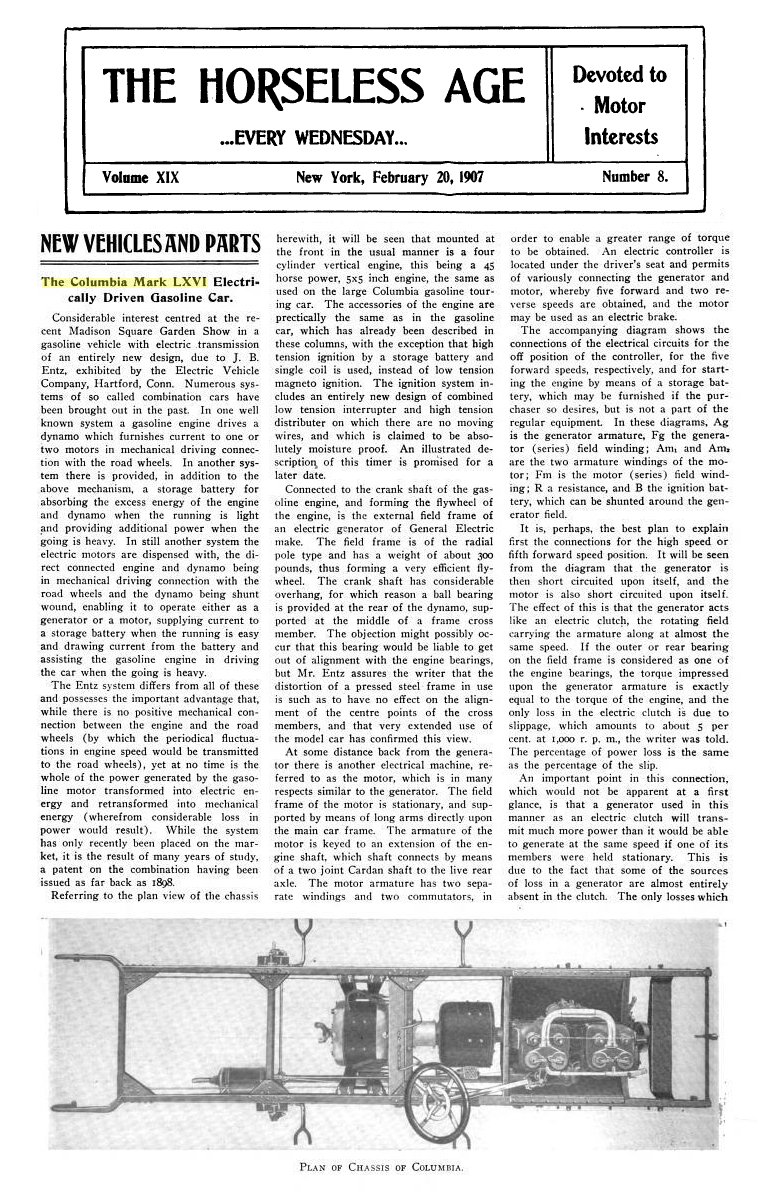 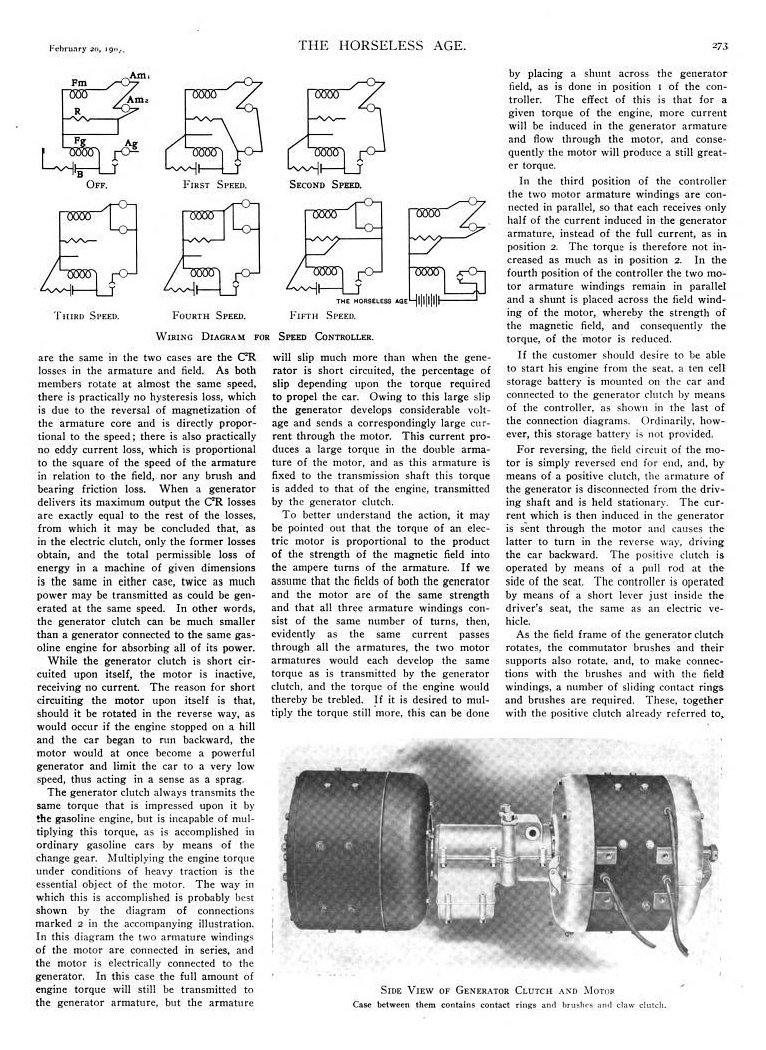 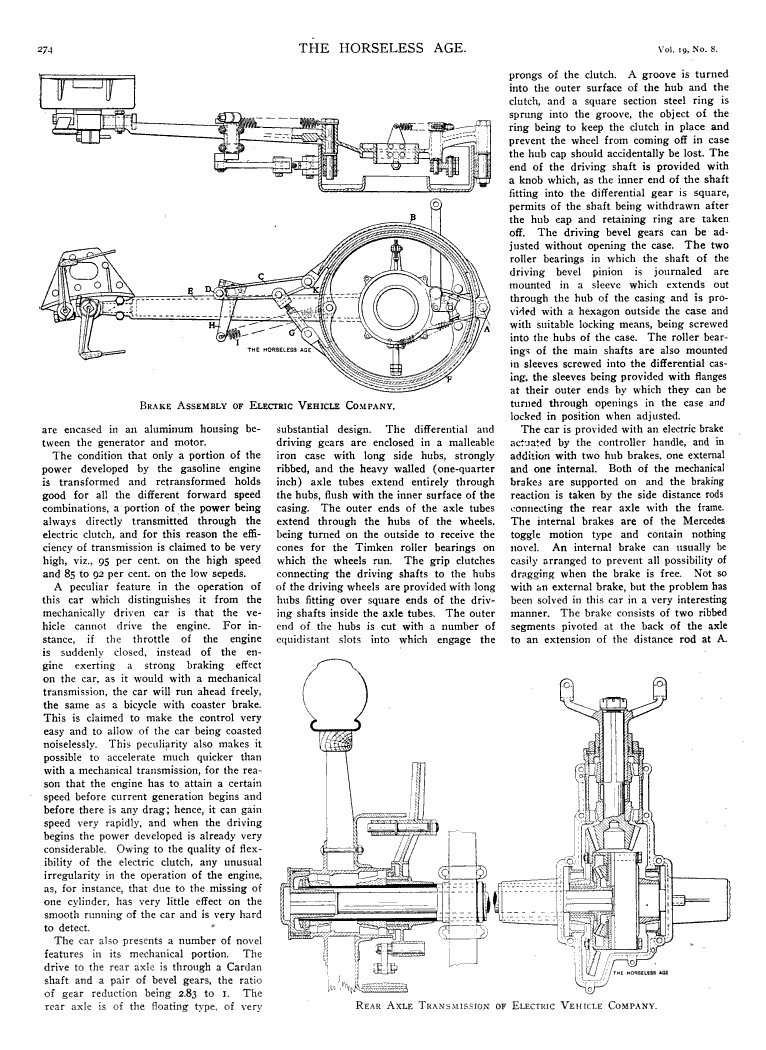 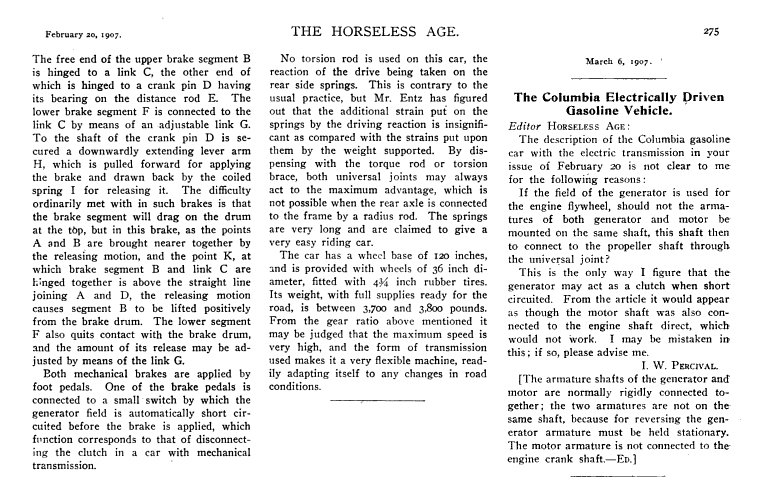 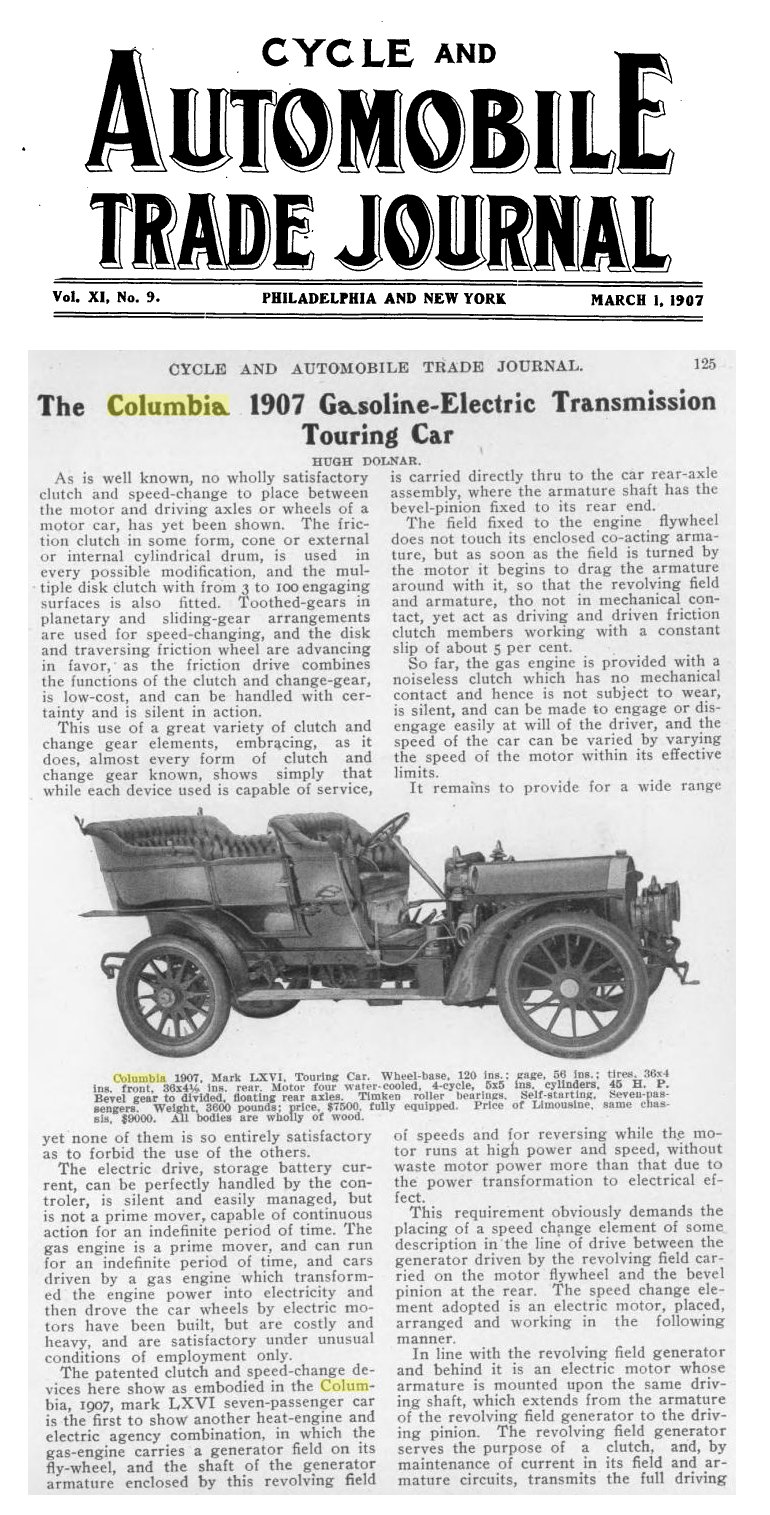 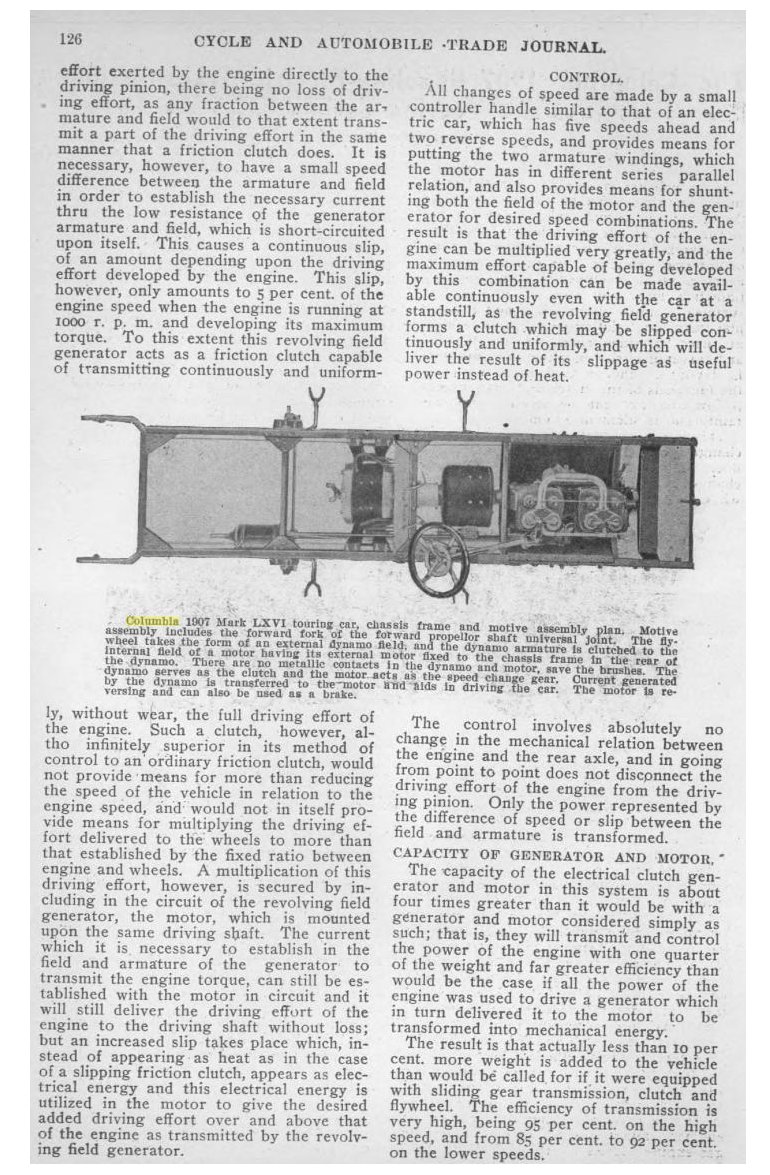 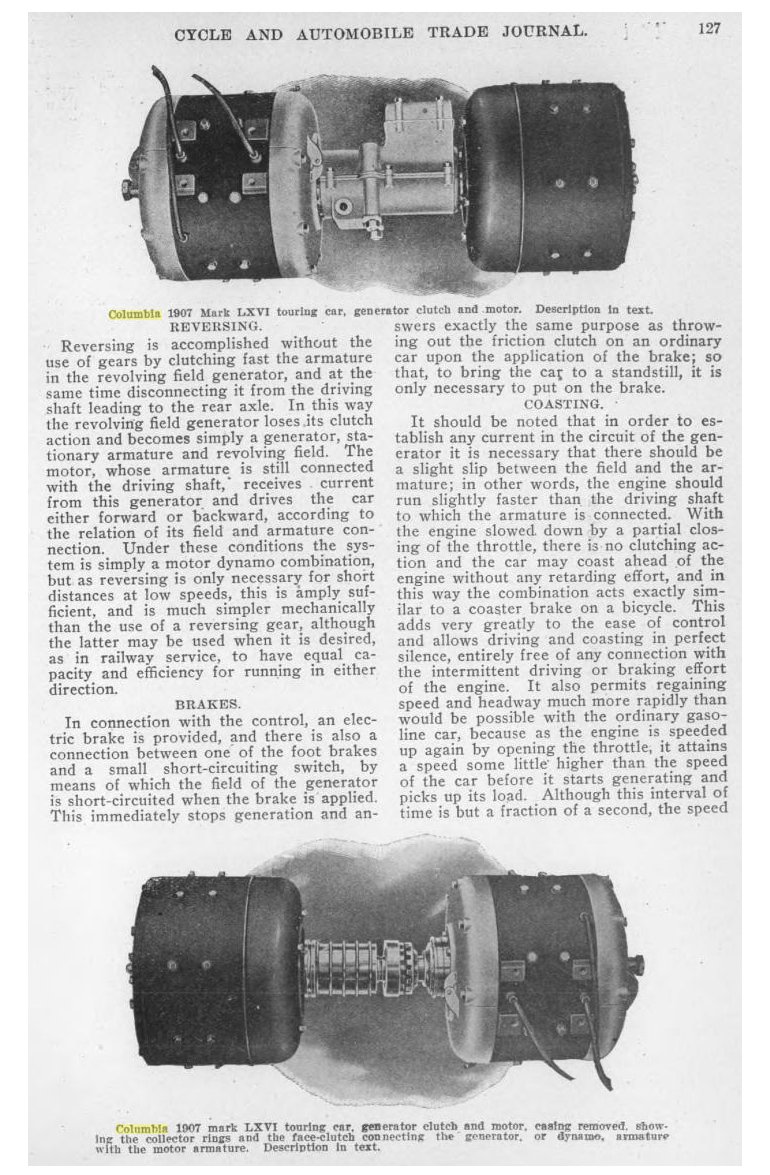 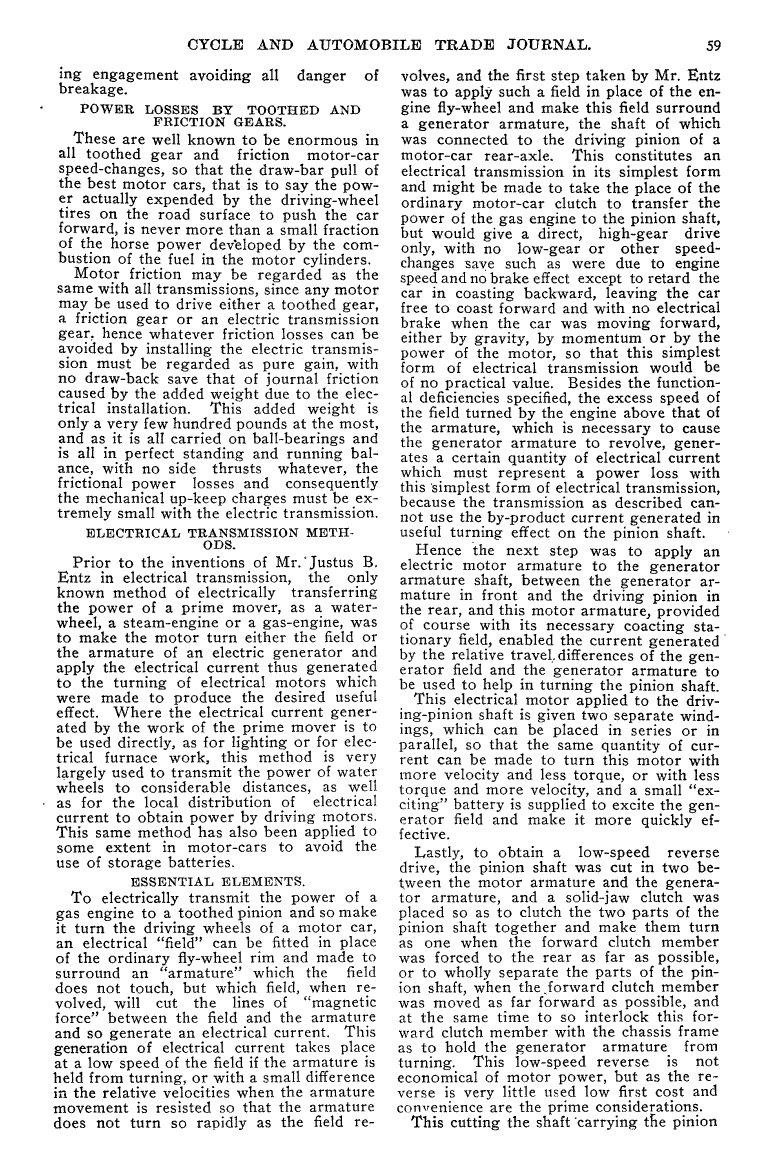 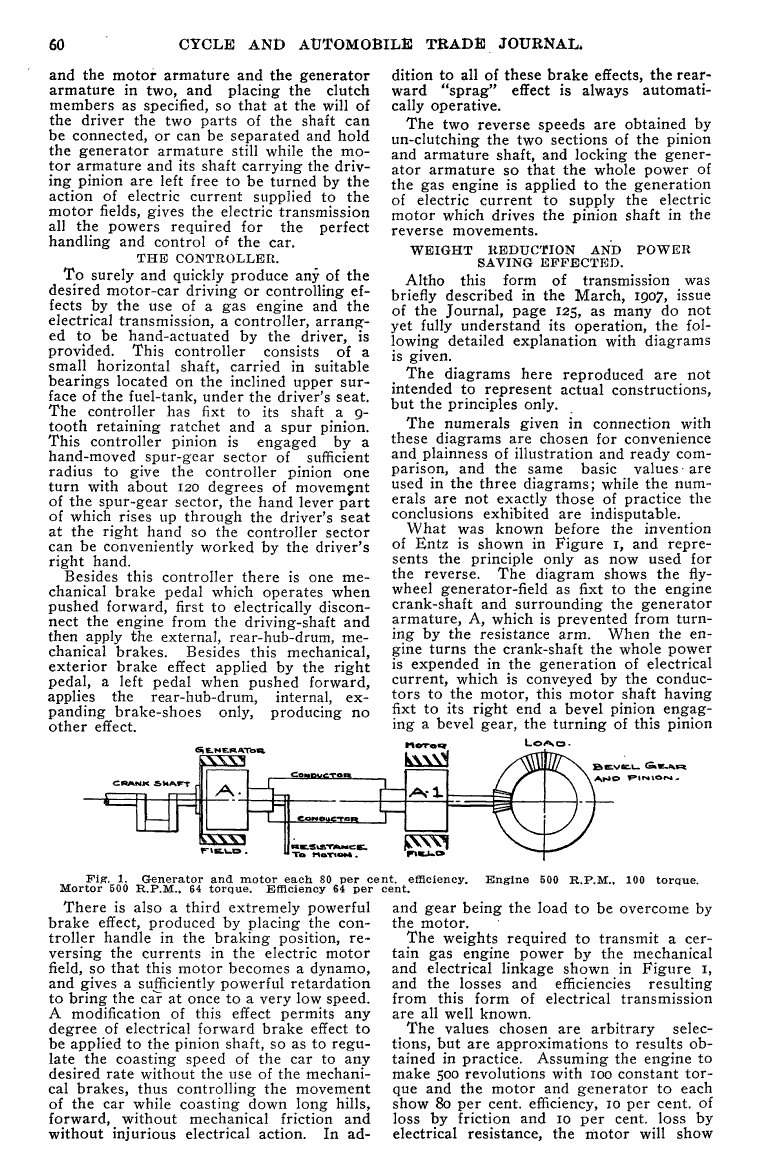 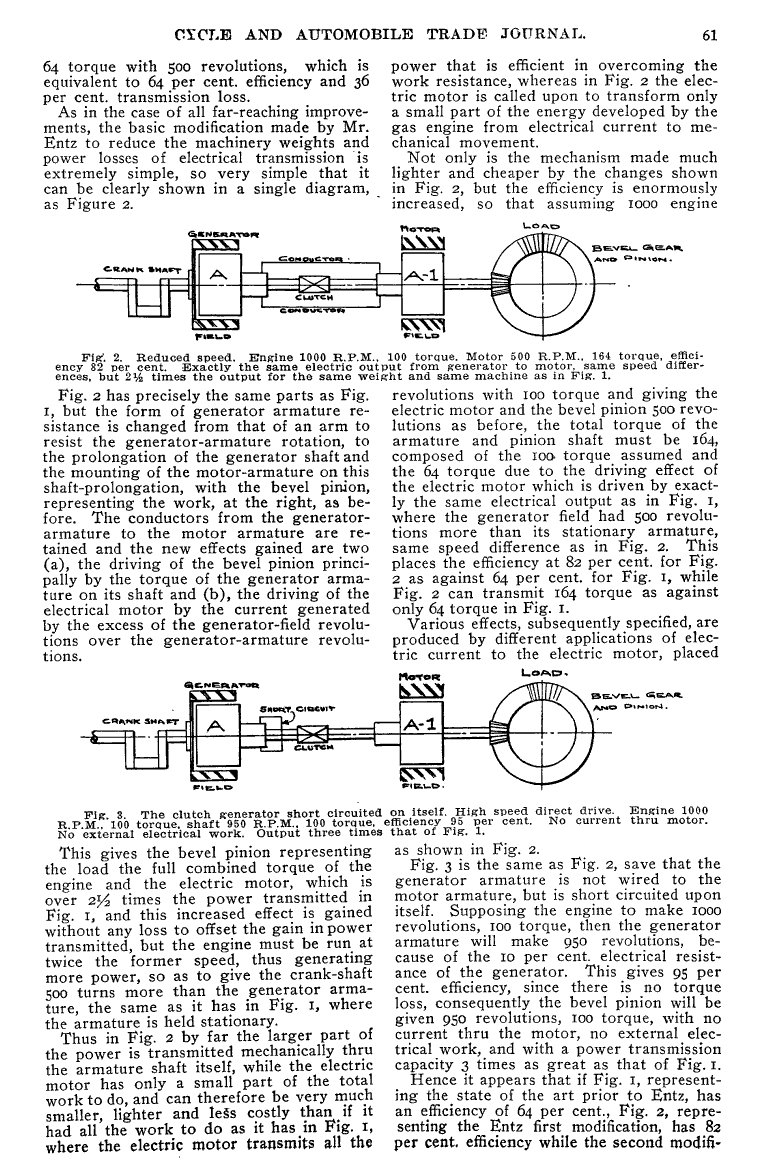 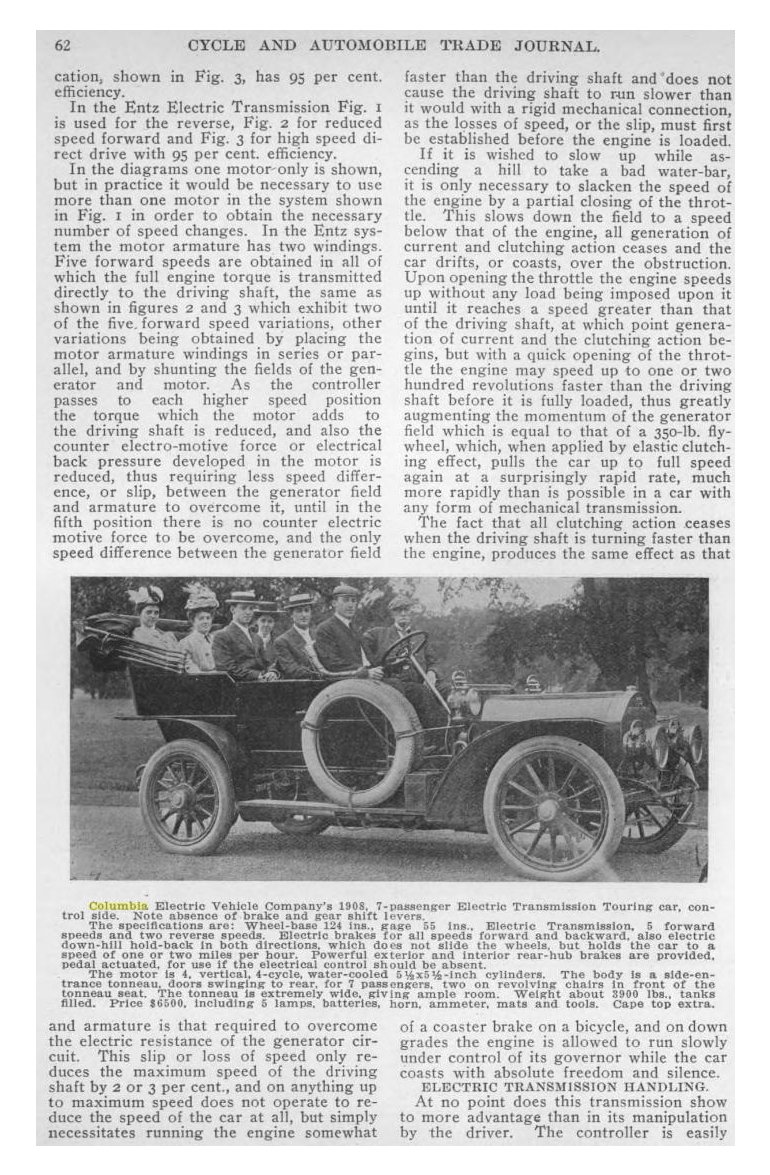 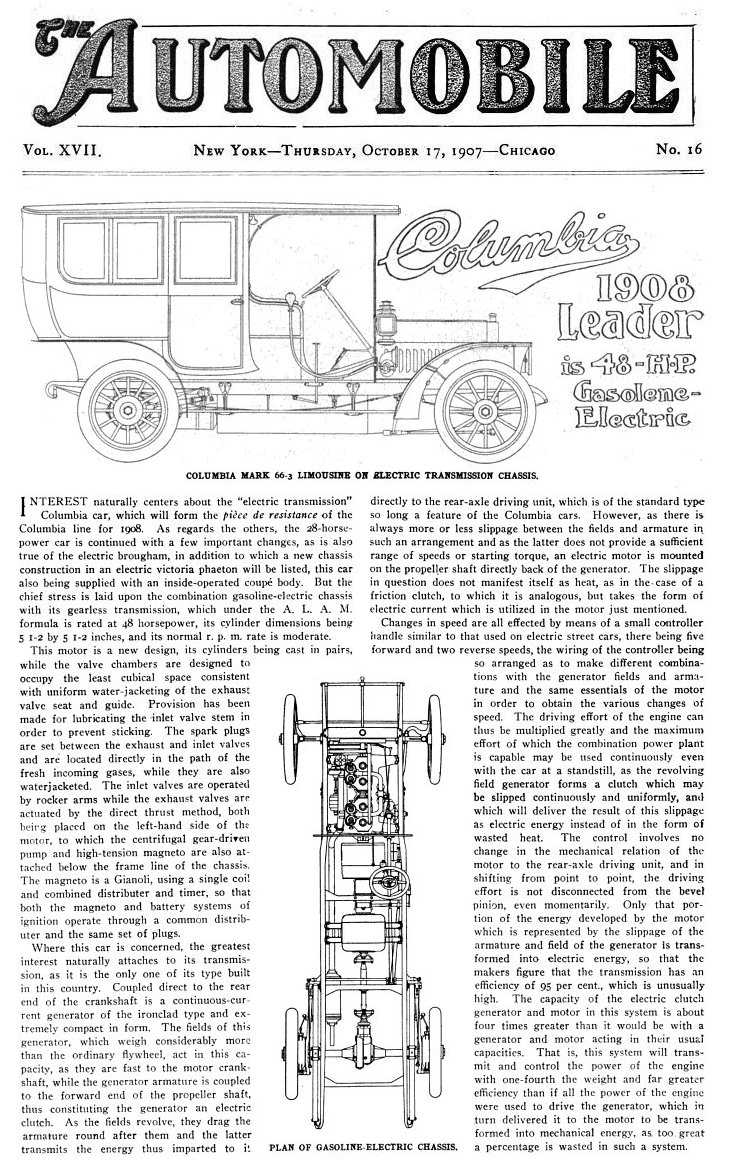 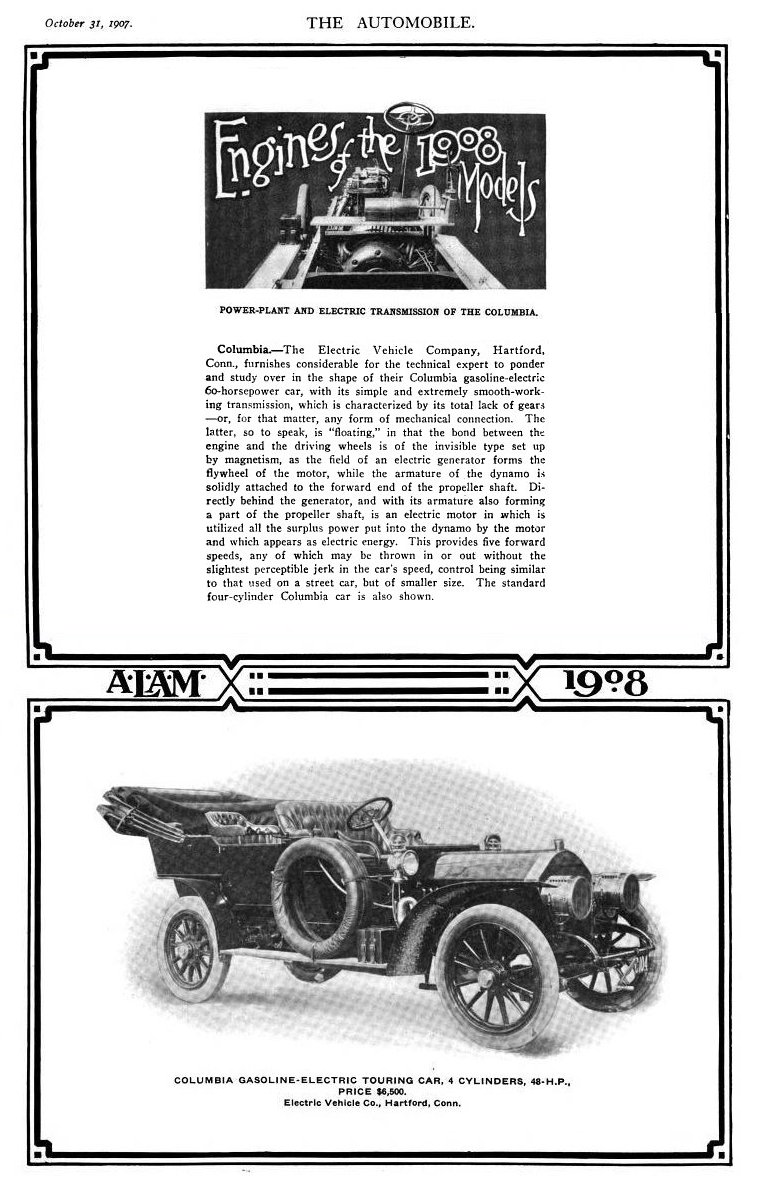 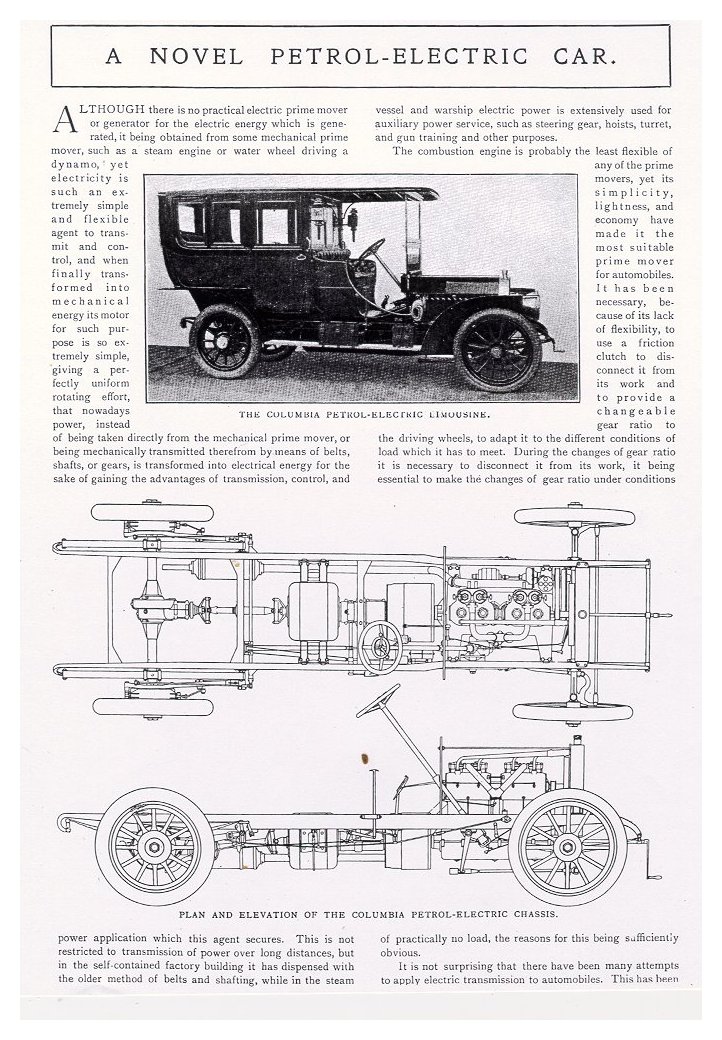 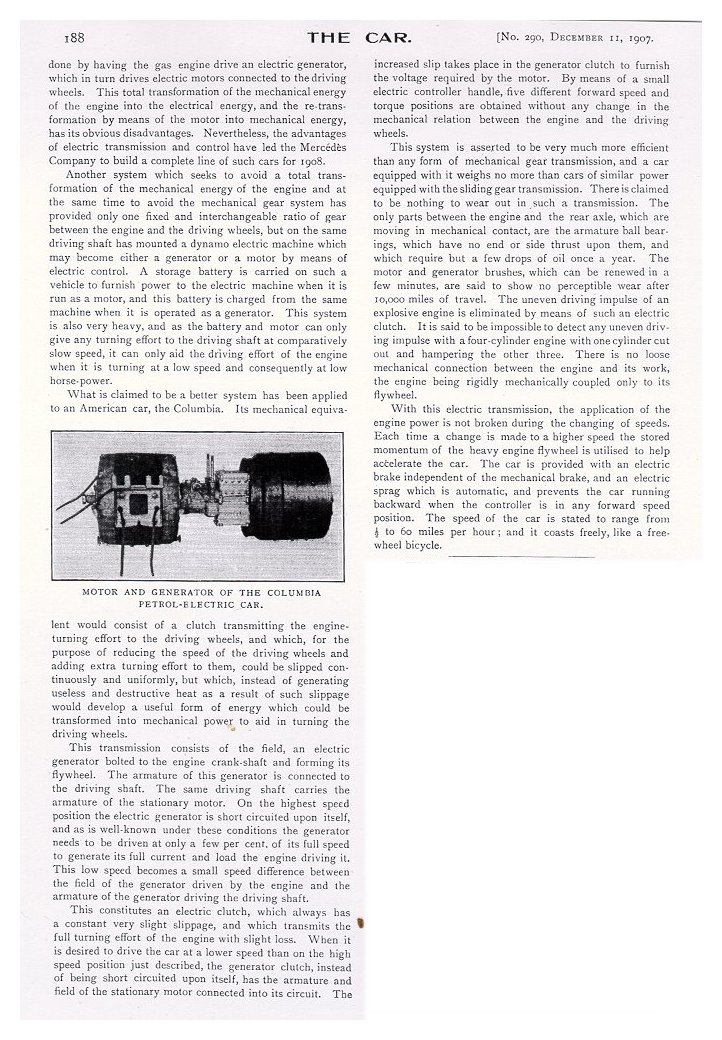 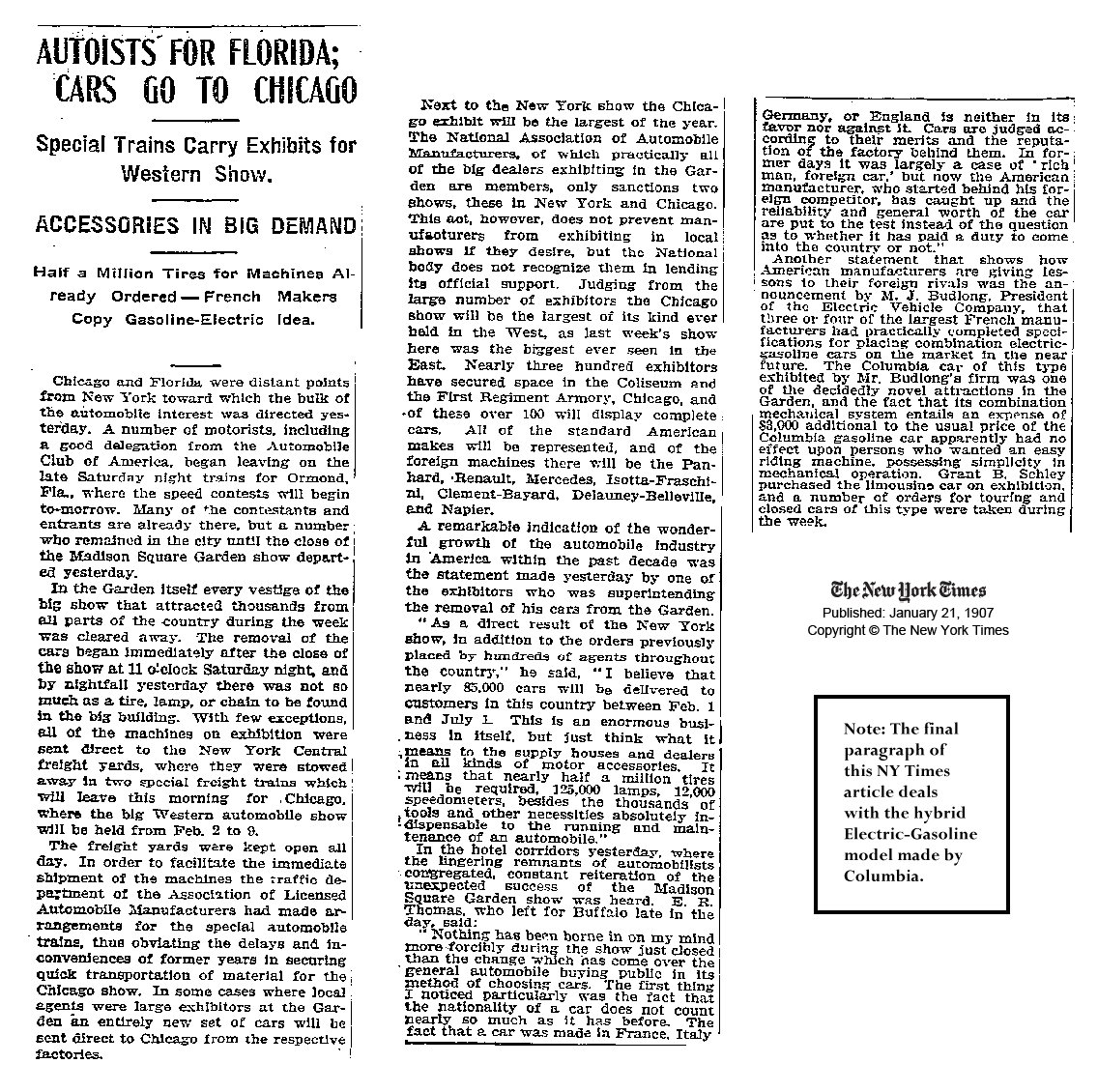 What follows is a series of articles (and a photograph)
detailing the "Sealed Bonnet Contest" of June, 1907.

The Columbia entry was apparently the hybrid model, and
even though it did not fare as well as other vehicles, the
story illustrates other fascinating aspects from a mere
decade into the development of the automobile. 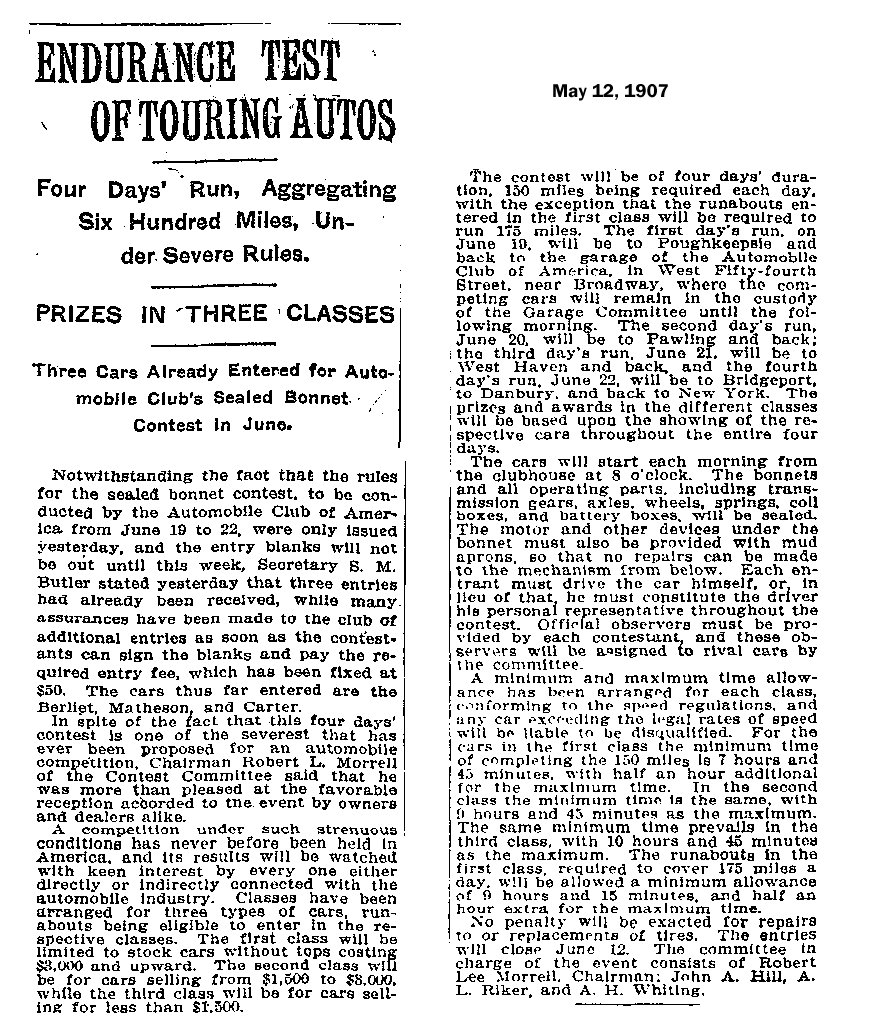 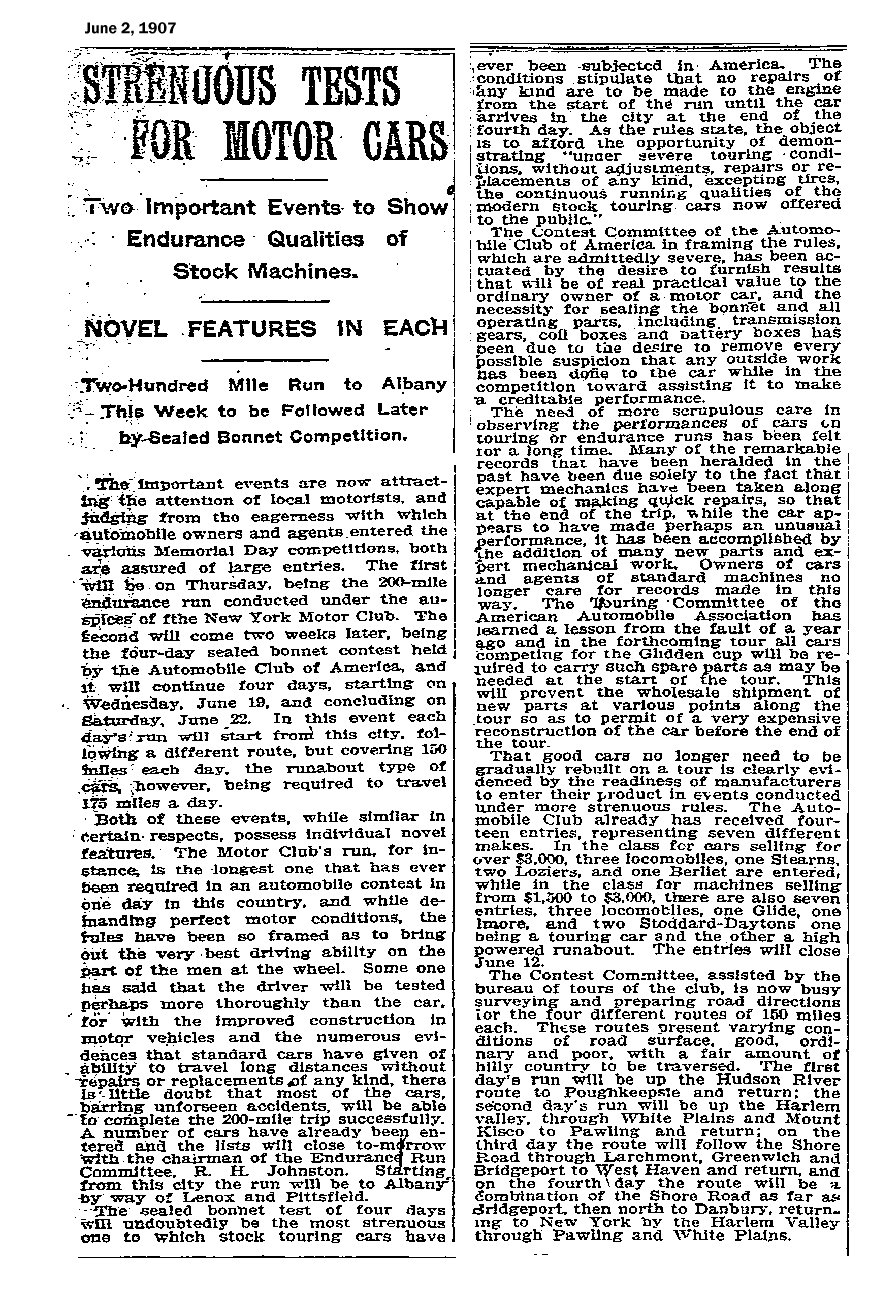 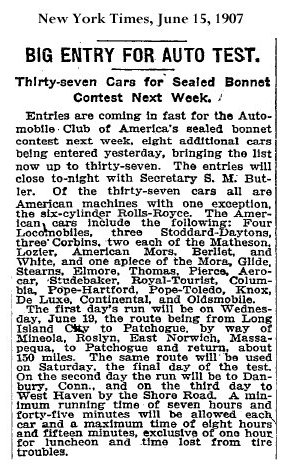 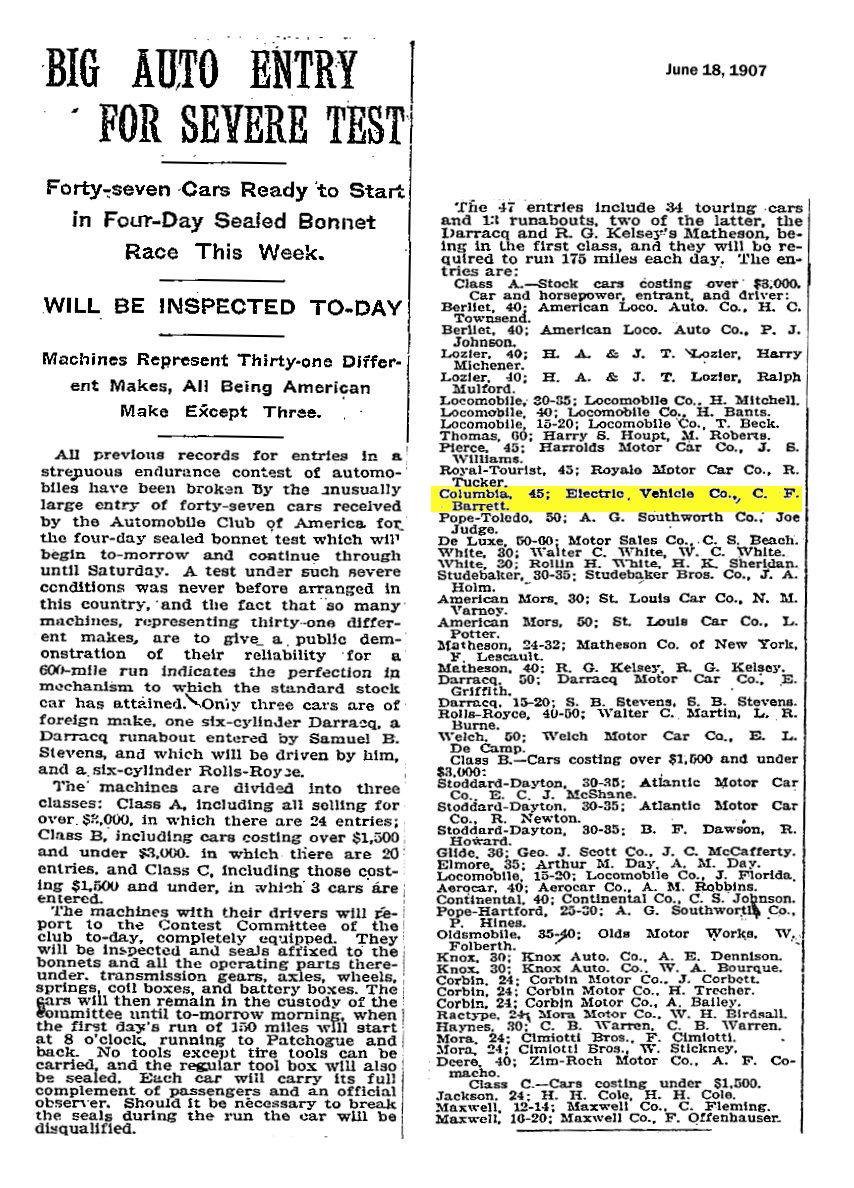 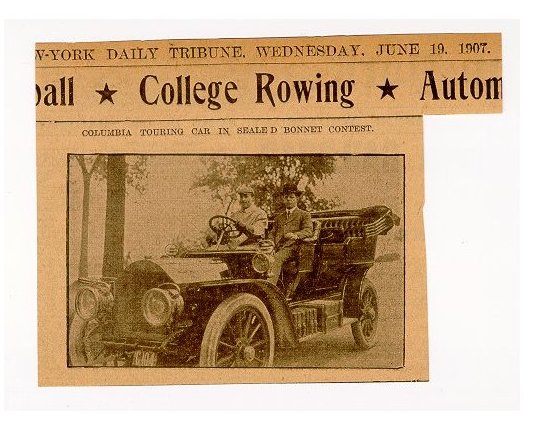 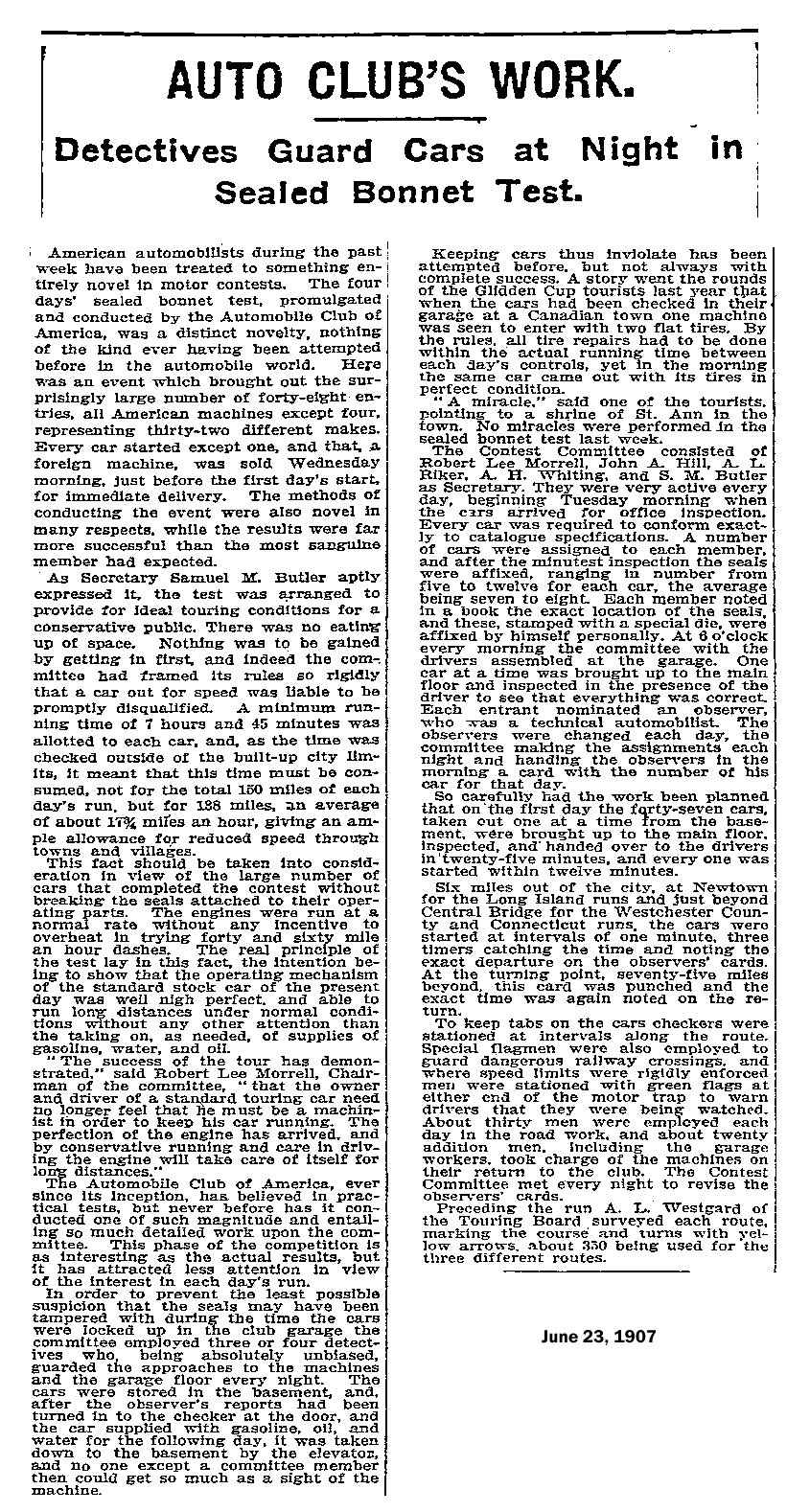 At the New York Auto Show in the fall of 1907,
the Columbia Hybrid apparently attracted
a great deal of special attention!
Here is much of a report about that show . . . . . 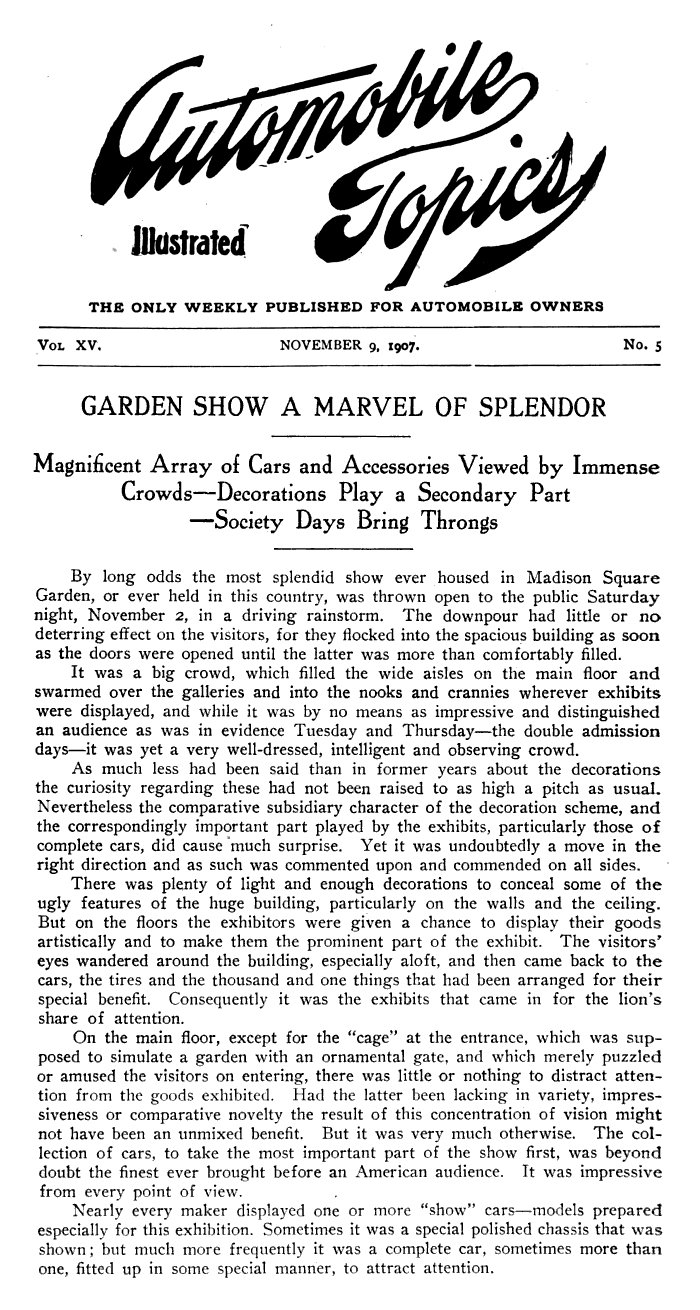 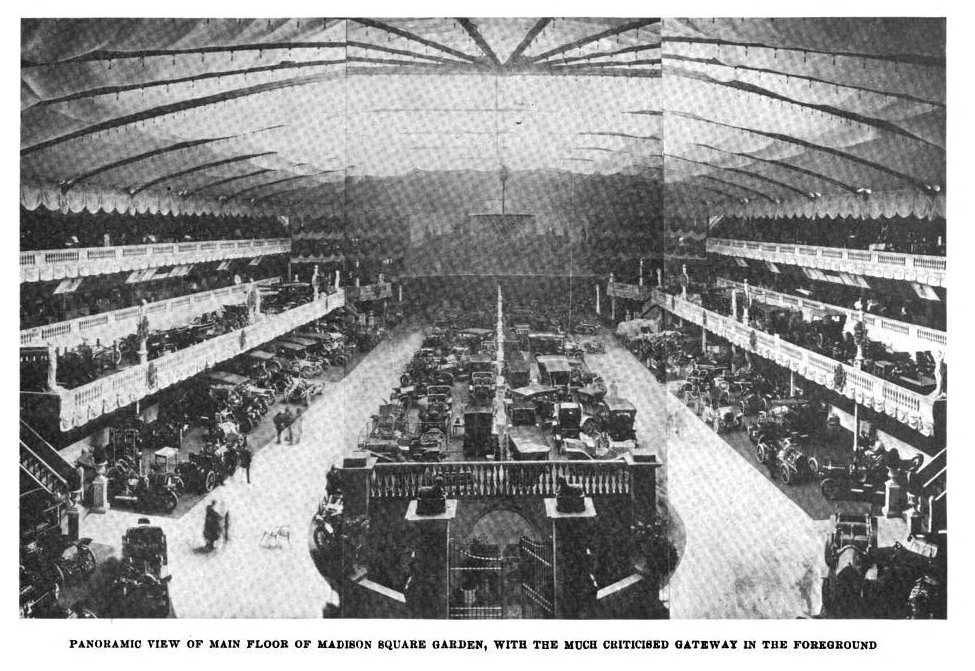 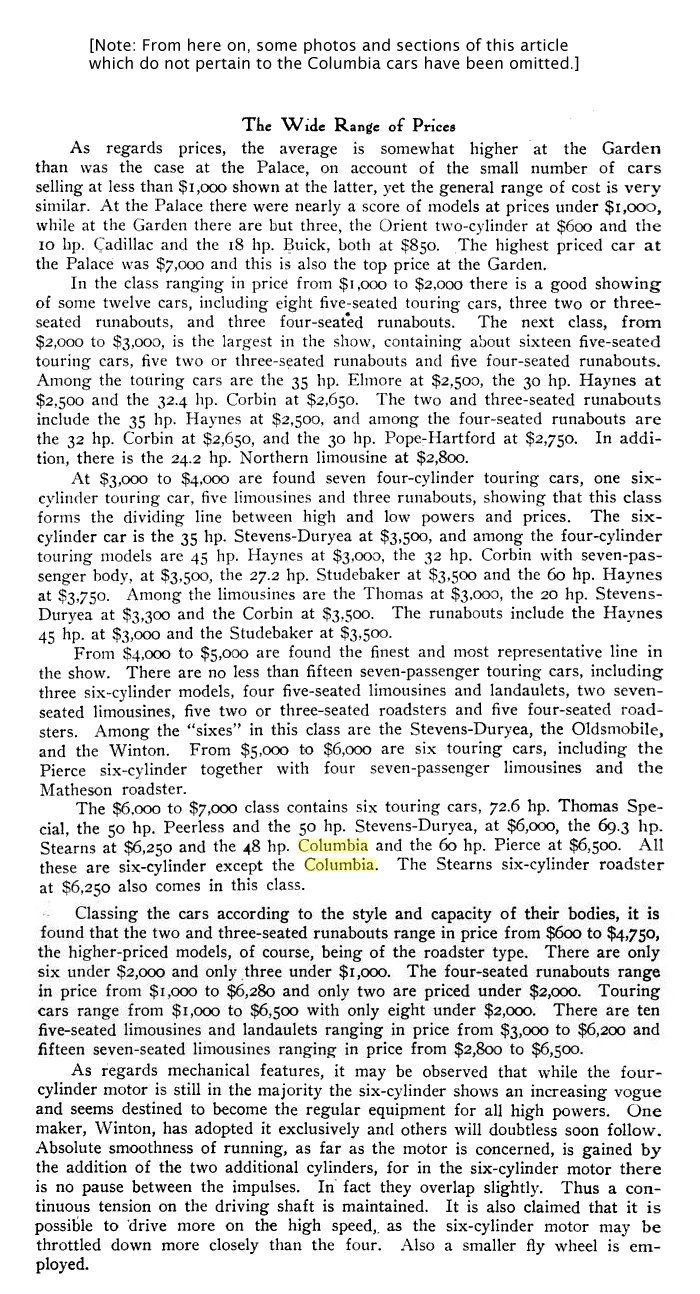