The photo on the previous page appears to have been used as the basis
of the drawing incorporated onto the special license plate
issued to CT antique cars beginning in September, 1952.

Following these is the appropriate section from an illustrated article on the CT DMV website.

Finally, an article detailing another Columbia model based on designs by Fred A. Law. 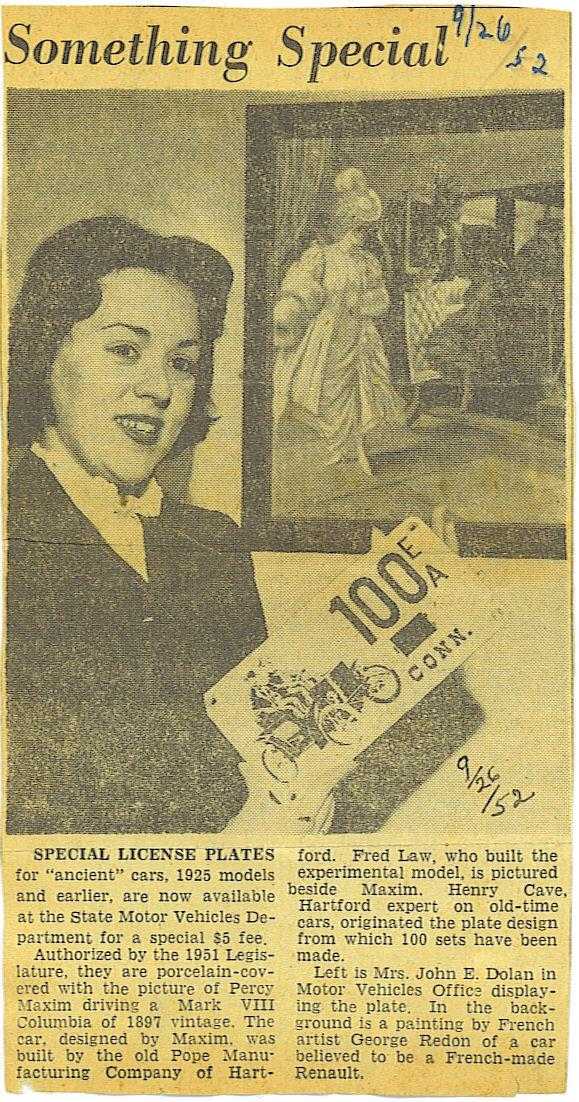 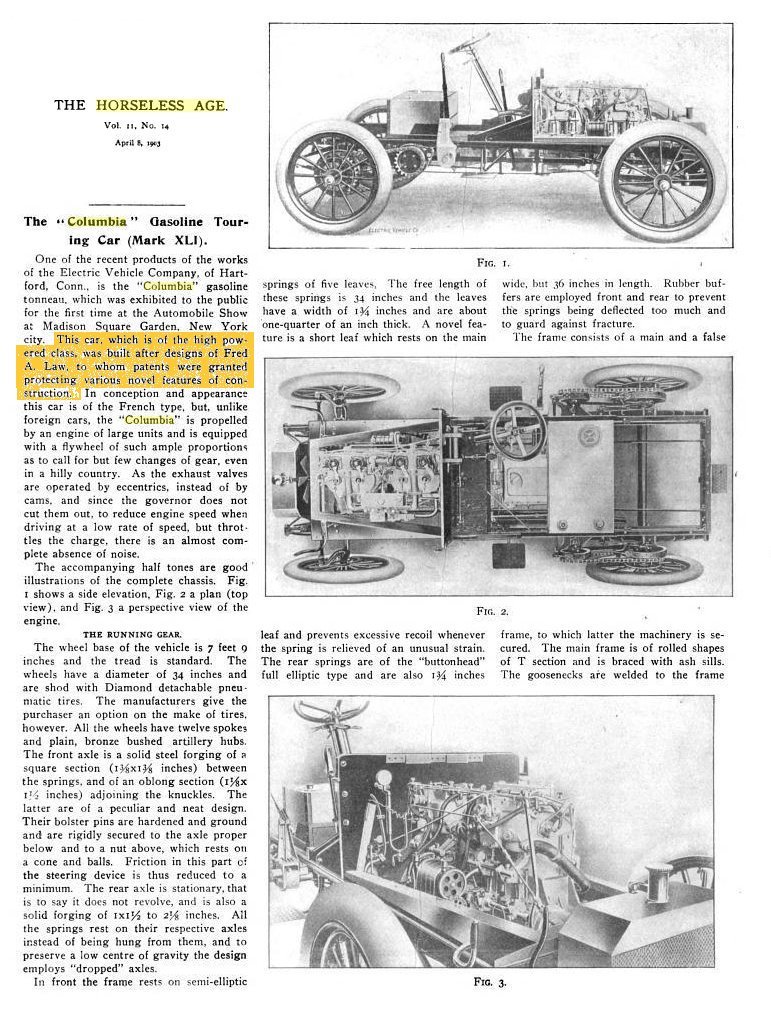 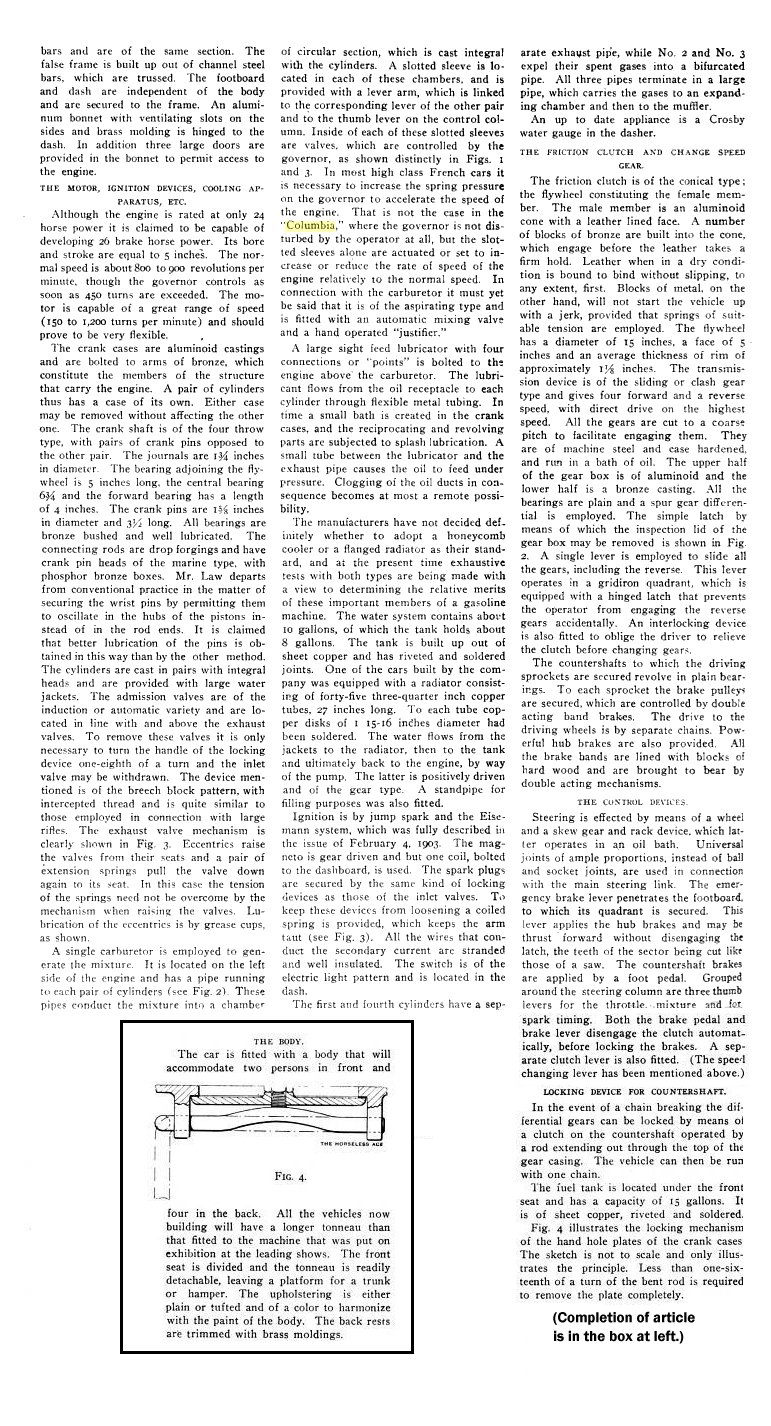 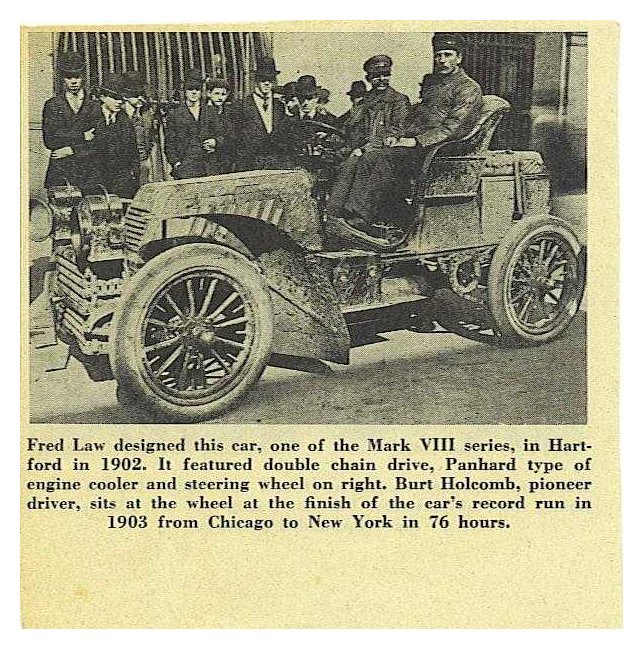 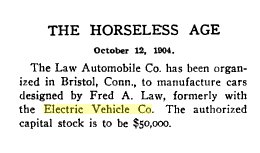 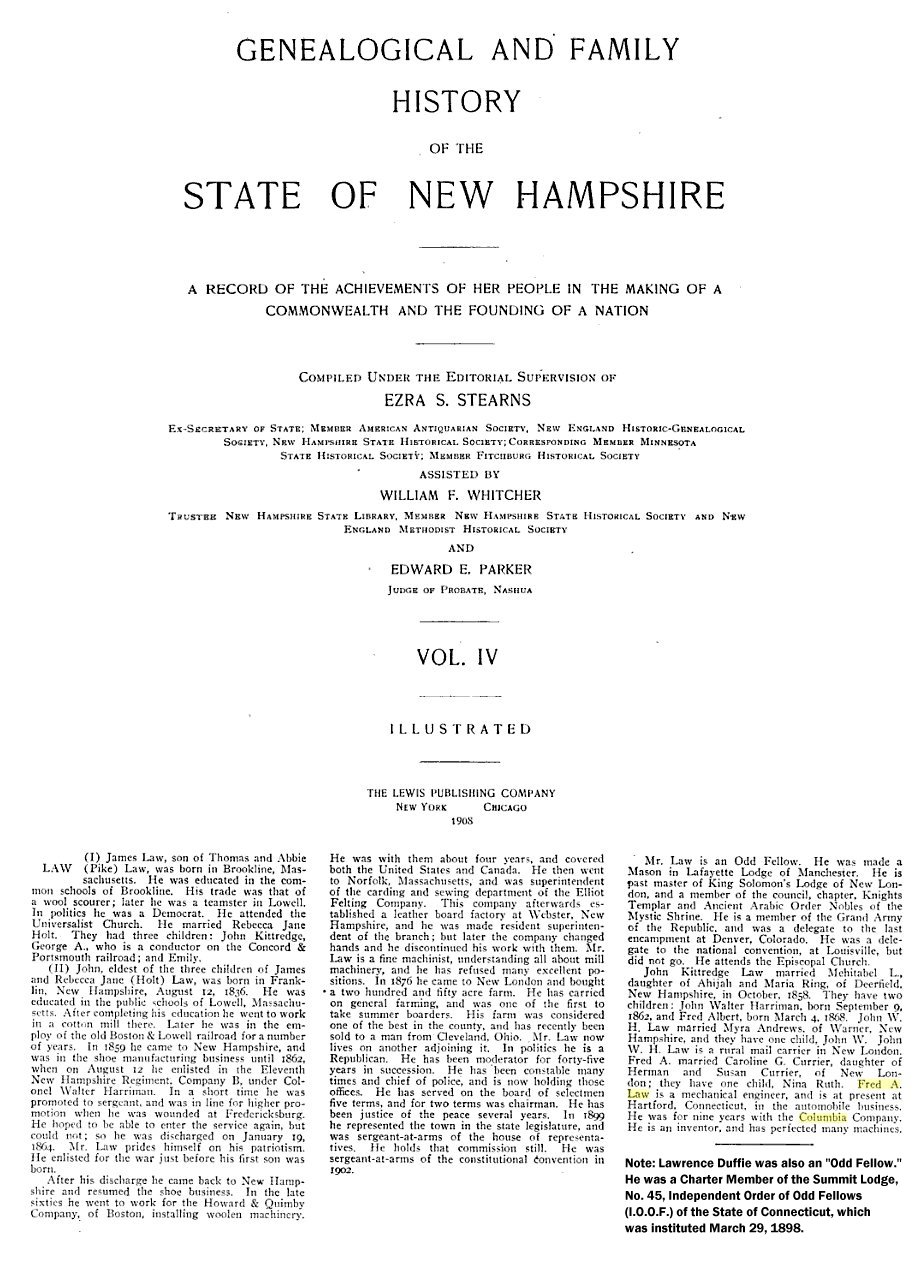 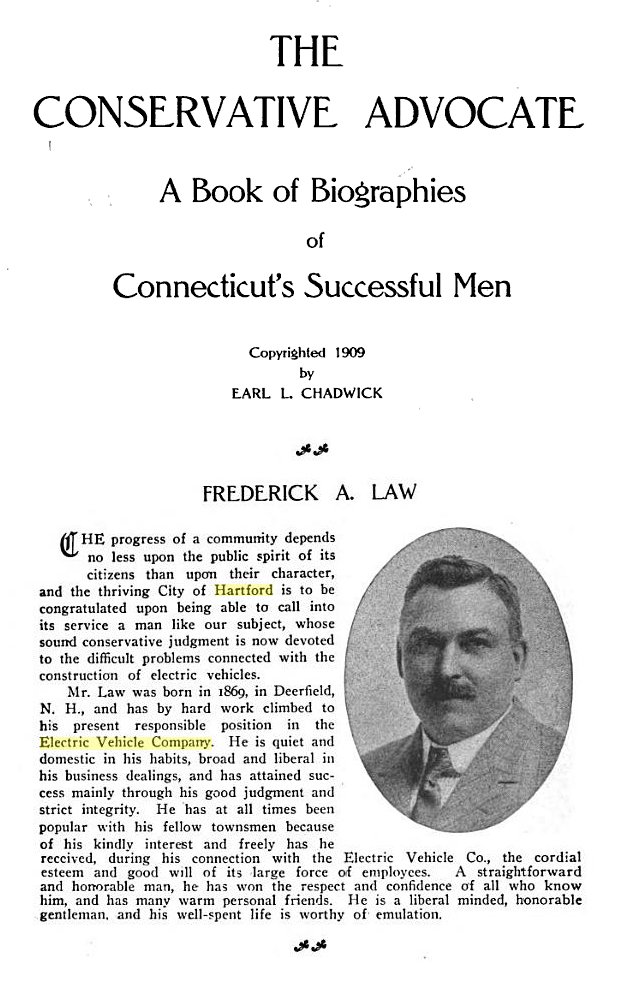 Return to the previous Columbia page